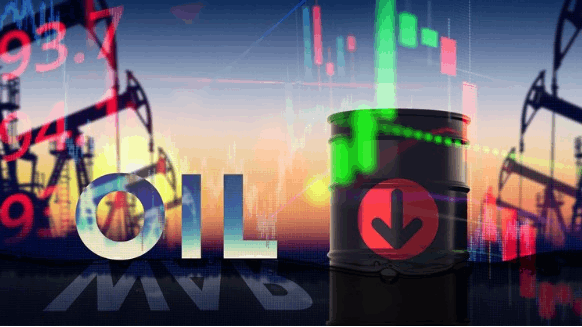 Oil recorded its first loss in three days on signals that a glut is growing at America's biggest storage depot.

(Bloomberg) -- Oil recorded its first loss in three days on signals that a glut is growing at America’s biggest storage depot and concern that an upcoming meeting among producers won’t yield large enough production cuts to offset cratering demand.

Futures closed 8% lower in New York Monday, after earlier plunging as much as 11%. Industry data provider Genscape Inc. reported a 5.8 million-barrel rise in crude inventories in Cushing, Oklahoma, last week. This would be the largest weekly build at the hub in data going back to 2004 if the U.S. Energy Information Administration confirms it Wednesday.

“Cushing is expected to fill up in the next several weeks after the April futures contract expired with a deep contango to May,” said Andy Lipow, president of Lipow Oil Associates in Houston. “Cushing will become operationally full over the next four to six weeks and therefore Cushing prices will be under pressure as producers look to divert ongoing output away from Cushing and toward the Texas Gulf.”

The May contract settled at $3.90 a barrel below June, the weakest spread in a nearly week. The spread could widen further as the United States Oil Fund ETF will start rolling its positions out of the front month Nymex West Texas Intermediate May contract from Tuesday. This will finish by April 13. The fund, with $3.5 billion in assets, holds about 20% of the open interest in the May contract as of Friday.

Traders are also concerned output cuts being touted so far for Thursday’s OPEC+ meeting won’t be enough to offset the 25 million to 30 million barrel a day decline in demand from the coronavirus pandemic, Lipow said.

In three days, the world’s largest oil-producing nations are expected to negotiate a deal to stem the price crash. Russia and Saudi Arabia want the U.S. to join in, and America’s energy secretary said he had a “productive discussion” with his Saudi counterpart over the weekend about the instability in oil markets.

“Momentum is building for a supply deal to be reached between the Saudis and Russia that will likely involve unprecedented cooperation between OPEC and non-OPEC oil producers,” said Ryan Fitzmaurice, commodities strategist at Rabobank. “The bar is currently set high at 15 million barrels a day and oil prices risk giving back all if not more of the recent gains if no consensus is reached this Thursday.”

As crude futures fluctuate, the market for real barrels shows renewed weakness, trading several dollars below futures prices. Sellers from Russia to Congo are slashing prices in an effort to sell cargoes. At the same time, gasoline -- a premium product in normal times -- is currently unprofitable in Europe and barely profitable in America.

Riyadh and Moscow are “very close” to an agreement on cuts, CNBC reported Monday, citing the head of Russia’s sovereign wealth fund. Still, a lack of participation from the U.S. -- the world’s largest producer -- could prove to be a stumbling block. Despite originally calling for a deal, Trump on Saturday described OPEC as a cartel and threatened tariffs on foreign oil.

Meanwhile, Saudi Aramco has delayed the release of its closely watched monthly oil-pricing list until Thursday to await the outcome of OPEC+ negotiations, according to people with knowledge of the situation. The U.A.E. signaled the same move on Monday, while also indicating that it had sharply increased production so far this month.