Oil Plunges After IEA Says Demand Is in Free Fall 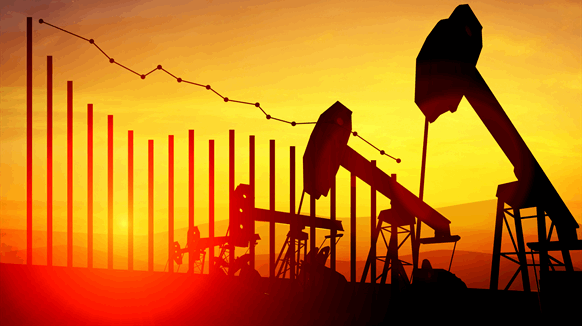 Futures in New York tumbled 7.7 percent in New York, dropping for the first time this week.

(Bloomberg) -- Oil resumed its decline after the head of the International Energy Agency warned global demand was in ‘free fall’ as coronavirus lockdowns wreak havoc on consumption while major producers pump more.

Futures in New York tumbled 7.7% in New York, dropping for the first time this week, after IEA executive director Fatih Birol said demand could drop as much as 20 million barrels a day. The gloomy outlook exacerbated investor pessimism driven by a U.S. decision to rescind a crude-buying offer after failing to win funding from Congress.

Market gauges have been signaling weakness, with key swaps in the North Sea plummeting, and U.S. traders and consultant IHS Markit raising alarms about storage space running out. Goldman Sachs Group Inc. also warned of a massive contraction in demand that not even a supply freeze or cut from OPEC could rectify.

“We’ve never seen something like this before,” said Mike Hiley, president of OTC Futures. “Oil is going to continue to be stuck in this rut given the simultaneous supply and demand shocks. Stimulus doesn’t really help these issues. Just because people have more money in their pockets, doesn’t mean they’re getting in their cars.”

Falling crude prices were undeterred by the U.S. Senate approving a $2 trillion stimulus plan after days of intense negotiations. The House is under pressure to pass the bill quickly and send it to President Donald Trump for his signature as signs of weakness in the economy mount with American jobless claims surging to a record 3.28 million last week.

The White House is urging Saudi Arabia to dial back its plan to flood the crude market. Still, any agreement to curtail supply among producers will be too little and too late in the face of an unprecedented shock for the world’s oil refining system, Goldman said.

Refineries in India -- the world’s third-largest crude importer -- are preparing to slash processing rates by as much as half, according to estimates from one of the country’s biggest Middle Eastern suppliers.

“We expect crude demand to now start declining, following products demand on its downwards path, and this is what will fundamentally drive prices lower,” said Per Magnus Nysveen, head of analysis at Rystad Energy AS.

Producers are already showing signs of strain with Brazil’s Petrobras cutting output through the end of March, while some operators in Canada are shutting production altogether.

The glut extends far beyond the U.S. The Brent Dated-to-frontline swap, which helps traders to cover the gap between the futures and physical market in the North Sea was at the weakest level in at least a decade on Thursday. Similarly, Russian Urals crude traded at a nine-year low, and the country plans to boost its eastern exports to a record in May.

To contact the reporters on this story:
Jackie Davalos in New York at jdavalos10@bloomberg.net;
Alex Longley in London at alongley@bloomberg.net

To contact the editors responsible for this story:
David Marino at dmarino4@bloomberg.net
Pratish Narayanan, Steven Frank