Oil Over $74 on Concerns Storm May Worsen Supply Risk 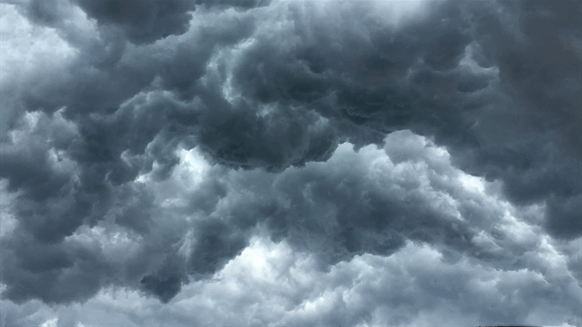 Oil traded above $74 a barrel on concerns Hurricane Michael in the US may exacerbate a supply crunch.

(Bloomberg) -- Oil traded above $74 a barrel on concerns Hurricane Michael in the U.S. may exacerbate a supply crunch, while the International Energy Agency warned higher prices may put the world economy at risk.

Futures were little changed in New York after gaining 0.9 percent on Tuesday. OPEC and other key producers need to boost output as the oil market is entering a “red zone,” and high prices are inflicting damage on the global economy, IEA Executive Director Fatih Birol said in an interview. Adding to supply risks is Hurricane Michael, which curtailed production in the Gulf of Mexico by 40 percent as it heads to Florida.

Crude has climbed more than 15 percent since mid-August as uncertainties remain on whether the Organization of Petroleum Exporting Countries can replace shrinking supplies from Venezuela to Iran. While Russian President Vladimir Putin says impending U.S. sanctions on the Persian Gulf state is to blame for the gains, his American counterpart Donald Trump has attacked OPEC for letting prices surge.

West Texas Intermediate for November delivery was at $74.82 a barrel on the New York Mercantile Exchange at 7:55 a.m. in London, down 14 cents. The contract rose 67 cents to $74.96 a barrel on Tuesday. Total volume traded was about 23 percent below the 100-day average.

Brent for December settlement was 5 cents lower at $84.95 a barrel on the London-based ICE Futures Europe exchange. The contract climbed 1.3 percent to $85 on Tuesday. The global benchmark crude traded at a $10.27 premium to WTI for the same month.

The IEA’s Birol said expensive energy has returned at a time when the global economy is losing momentum. Still, while demand is strong, the fourth quarter of the year will be challenging if there are no major moves from the key oil producers. Emerging economies, most notably India, are bearing the brunt of high energy prices, which comes when they’re already contending with currency depreciation and the fallout from trade disputes, he said.

In the U.S., Michael is set to make landfall in Florida Wednesday, with residents in the storm’s path urged to evacuate by Tuesday night. Damages from the hurricane could reach as much as $15 billion, depending on its intensity after landfall and how quickly it moves through the region, analysts said.

“Once the evacuation happens, it’s inevitable that oil production comes to a halt and we should expect short-term gains in gasoline as well as crude prices in the area,” Kim Kwangrae, a commodities analyst at Samsung Futures Inc., said by phone. “However, we should wait and see how severe the hurricane gets to have a better picture of its impact.”