Oil Near 5-Week High as US Debates Lockdown Exit

by Bloomberg
|
Saket Sundria and James Thornhill
|
Wednesday, May 13, 2020 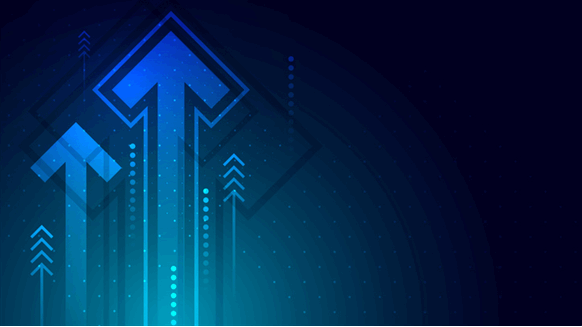 Oil traded near a 5-week high as investors weighed the nascent recovery of demand against concerns about a resurgence in coronavirus cases if lockdowns are relaxed too early.

(Bloomberg) -- Oil traded near a five-week high as investors weighed the nascent recovery of demand against concerns about a resurgence in coronavirus cases if lockdowns are relaxed too early.

The top infectious disease official in the U.S. said states reopening too quickly could hurt an economic recovery. China’s easing of restrictions suffered a setback after new cases emerged in Wuhan -- the epicenter of the outbreak -- prompting an order for the entire population of 11 million to be tested just a few weeks after emerging from isolation. Futures in New York dropped as much as 2.8% earlier before paring most of its losses.

A fresh wave of virus cases would threaten a fragile recovery. The price of certain crude grades favored by China is climbing as refiners boost processing rates, while U.S. Energy Secretary Dan Brouillette said America’s battered oil industry was on its way back after suffering crippling losses.

Oil is down almost 60% this year after energy consumption collapsed as nations across the globe implemented lockdowns to stem the spread of the coronavirus pandemic. The U.S. on Tuesday cut its forecasts for global petroleum demand this year and next, while consultancy IHS Markit doesn’t see the market recovering to pre-virus levels until the second half of 2021.

Iraq reduced contractual supplies to at least two customers in Asia for June, according to traders who received the notification, as OPEC and its allies curb daily output by almost 10 million barrels in an effort to rebalance the market. All eyes are on Saudi Arabia and how much crude they will allocate buyers, with details expected soon.

“The whole market is chasing its tail at the moment -- we are in a range-trading, flip-flop market,” said Jeffrey Halley, senior market analyst for Asia Pacific at Oanda. “For oil to make progress on the upside now, we need to see some solid evidence that demand is reappearing as economies reopen.”

The oil market has staged a modest recovery since prices plunged below zero last month for the first time ever. Stockpile builds are slowing, there are signs demand is returning in the big Asian economies of China and India, while in the U.S., gasoline consumption is increasing.

“We now have 23 states that are opening up their local economies, that represents roughly 40% of the gasoline demand in the U.S.,” Energy Secretary Brouillette said in an interview with Bloomberg Television on Tuesday.

The American Petroleum Institute reported that crude inventories at Cushing, Oklahoma, fell by 2.26 million barrels last week, according to people familiar with the data. If government figures due Wednesday confirm the decline, it would be the first draw at the delivery point for U.S. futures since the week ending Feb. 28.