Oil Near $37 as Cuts Weighed Against Virus Fears 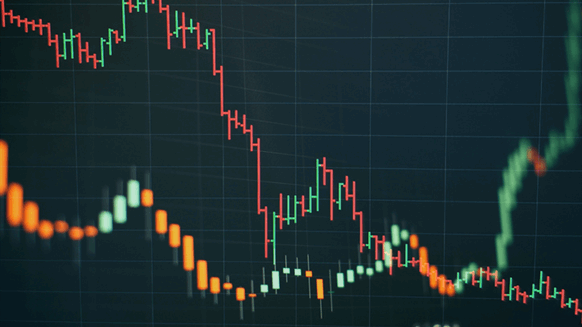 Oil hovered around $37 a barrel as investors weighed output cuts from major producers and more Federal Reserve support for the U.S. economy against fears of a second wave of coronavirus cases.

(Bloomberg) -- Oil hovered around $37 a barrel as investors weighed output cuts from major producers and more Federal Reserve support for the U.S. economy against fears of a second wave of coronavirus cases.

Futures in New York were steady after climbing for the first time in three days in the previous session. A new outbreak in Beijing and sharp increases in infections in some U.S. states including Arizona and Florida are adding to nervousness that the worst of the pandemic is yet to come.

Those concerns are being partly assuaged by evidence OPEC+ members are complying with extended production curbs. Saudi Arabia cut term supplies to some Asian refiners by as much as 40% and Iraq said it will make deep reductions. The Federal Reserve, meanwhile, said it would start buying a broad portfolio of corporate bonds, aiding sentiment across financial markets.

Crude has rebounded rapidly from its plunge below zero in April as the OPEC+ production cuts kicked in and U.S. production fell. However, the rally fizzled out last week as second-wave concerns surfaced. A White House plan to spend nearly $1 trillion on infrastructure could be positive for prices if it eventuates.

Oil has the opportunity to move higher if the recovery stays on track and production doesn’t increase, said Jeffrey Halley, a senior market analyst for Asia Pacific at Oanda in Singapore. However, the re-imposition of large-scale shutdowns in China or the U.S. due to the virus is a downside risk, he said.

Brent for August delivery added 0.2% to $39.80 on the ICE Futures Europe exchange after advancing 2.6% in the previous session. The contract was 89 cents cheaper than November futures, compared with 82 cents on Monday, a market structure known as contango that signals supplies are still ample.

OPEC and its allies have agreed to maintain production cutbacks amounting to about 10% of global supply through next month, and will hold committee meetings on Wednesday and Thursday to assess their impact.

In a sign that U.S. fuel demand may be improving, gasoline futures are once again rallying when massive oil refineries shut down. Houston gasoline climbed to a three-month high Monday after Motiva Enterprises LLC shut a key unit making the motor fuel at the largest U.S. refinery in Port Arthur, Texas. Meanwhile, shale production is still in retreat, with the Energy Information Administration forecasting it will fall further next month.

“Oil in the $30s is not good enough to spur new investment in shale, and hence decline rates will dominate in the near term,” said Suvro Sarkar, a vice president of group research at DBS Bank Ltd. “We don’t expect a rebound in U.S. shale production over the next few months.”