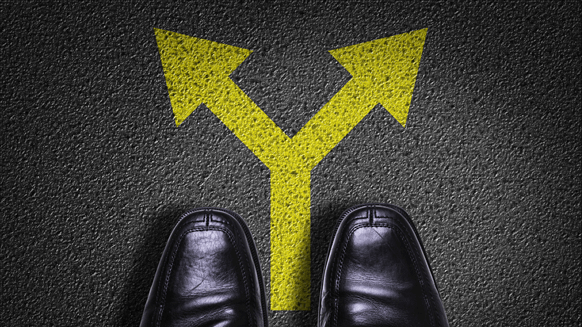 The choice facing Saudi Arabia at next week's OPEC meeting is dramatic.

For Mohammed bin Salman, the kingdom’s crown prince and day-to-day ruler, the dilemma has been sharpened by the murder of Jamal Khashoggi in the Saudi consulate in Istanbul. Under pressure from angry senators and other Washington power players, he needs Trump’s political protection.

Things will come to a head this weekend at the Group of 20 summit in Buenos Aires, a meeting that could shape the oil market in 2019 and affect everything from the war in Yemen to the share price of Exxon Mobil Corp. Vladimir Putin will also play a key role -- Russia and Saudi Arabia have spent the last two years working together to manage the oil market.

"It’s a long shot, but the parties are going to be there and if there’s something to be worked out, it can be worked out there," said Ed Morse, a veteran OPEC-watcher at Citigroup Inc. "The question is whether there’s room for agreement among the U.S., Saudi Arabia and Russia on what the right price is."

What happens at the G20 will effectively determine the outcome of the meeting of the Organization of Petroleum Exporting Countries and its allies. With just a week to go before ministers gather in Vienna, delegates from the group would normally be busy swapping proposals and counter-proposals, discussing potential output levels, and drafting communiques. This time around the activity has been muted as officials say they are waiting for clarity from Buenos Aires.

If the Saudis want to halt the slump in crude prices, the first obstacle is a traditional ally: the U.S. President.

The market is abuzz with talk that MBS, as Prince Mohammed is known, may not feel able to defy Trump’s desire for lower oil prices because the White House supported him in the aftermath of the Khashoggi killing. After the U.S. Senate on Wednesday voted in favor of a bill that goes against Saudi interests in Yemen, Trump will arrive in Buenos Aires with even more ammunition to show he’s the kingdom’s last friend in Washington.

"President Trump has effectively put a ceiling on oil prices -- arguably this ceiling is about $70 a barrel Brent, maximum $75," said Thibaut Remoundos, founder of London-based Commodities Trading Corporation Ltd. "It will be interesting to see if Saudi-Russia can keep the floor in place."

In public and private, the president has told the Saudis he wants cheaper crude, even disclosing that he berated MBS in a phone call in October when international benchmark Brent surged above $80.

Prior to the collapse in oil prices, the kingdom was responsive to Trump’s demands. Its November production surged to an all-time record above 11 million barrels a day, prompting a jubilant response on Twitter.

In shadow of the Khashoggi murder, the quip in the oil market is that MBS will be forced to accept a grand bargain: “Lower for longer” oil prices in exchange for staying in power for longer.

Riyadh has powerful reasons to stop this joke becoming reality. It needs crude above $73 on average next year to balance its budget, according to the International Monetary Fund. It lacks the financial reserves of 2014, the last time it decided against cutting output to support prices and instead chose to fight a price war against U.S. shale producers.

"The kingdom’s current fiscal buffers are thinner and the prospects for its economy and private sector are weaker," said Bassam Fattouh, director of the Oxford Institute for Energy Studies. In a stark example of Saudi vulnerability, its foreign exchange reserves have fallen to about $500 billion, down from a peak of nearly $750 billion four years ago.

There may be limits to the pressure that Trump can put on MBS, who remains his most important ally in the Persian Gulf. The White House wants to continue pushing Iranian oil exports lower to force Tehran to negotiate a new nuclear deal, which would require a helping hand from Riyadh to keep the market under control.