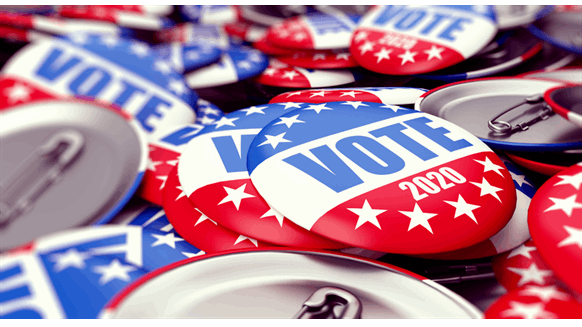 The oil industry's top lobbying group on Tuesday is launching a campaign to counter attacks from 2020 Democratic hopefuls vowing to phase out fossil fuels.

(Bloomberg) -- The oil industry’s top lobbying group on Tuesday is launching a campaign to counter attacks from 2020 Democratic hopefuls vowing to phase out fossil fuels.

Bernie Sanders and Elizabeth Warren have called for banning fracking and curbing the use of fossil fuels as part of efforts to combat climate change. Other candidates have also outlined ambitious environmental plans.

The American Petroleum Institute will air advertisements that highlight the industry’s role in paring greenhouse gas emissions that drive climate change while encouraging a truce in heated political debates over energy.

“We have different perspectives on the best way forward, but on issues that matter, like climate change, we’re more alike than we think,” one of the API advertisements intones over images of people hiking, jogging and commuting. “We want cleaner solutions, and that means working with each other.”

API representatives declined to detail the cost of the campaign, saying only it amounted to seven-figure spending. “No nation on earth has reduced annual carbon emissions more than we have,” API President Mike Sommers is set to say Tuesday in prepared remarks at the group’s “State of American Energy” event in Washington. “And we have the capacity, desire and grit to keep stepping up.”

Five Democrats -- Joe Biden, Pete Buttigieg, Sanders, Warren and Amy Klobuchar -- have qualified for the next debate, on Jan. 14 in Iowa.

President Donald Trump is scheduled to hold a campaign rally in Milwaukee on the same night as the debate, as well as a rally in Toledo on Jan. 9.

The first-in-the-nation Iowa caucuses will be held Feb. 3.

To contact the editors responsible for this story:
Wendy Benjaminson at wbenjaminson@bloomberg.net
Max Berley, John Harney

Randy Verret  |  January 07, 2020
Unfortunately, this API campaign may come under the heading of "Too Little, Too Late." The time to start addressing the systematic vilification of fossil fuels was 10-15 years ago. The industry has been SLOW to respond to the well orchestrated & well funded activists who have created an effective FALSE narrative and phony environmental "High Ground." All things considered in the current media climate...GOOD LUCK!