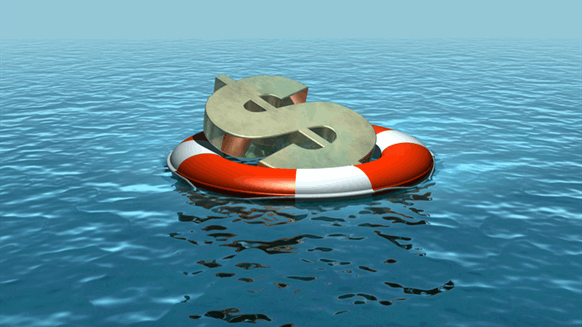 Oil edged lower but was still near a four-month high.

(Bloomberg) -- Oil edged lower, but was still near a four-month high, as speculation the Federal Reserve will keep U.S. interest rates near zero for longer was balanced by signs that crude’s fundamentals are getting shakier.

Futures in New York declined toward $41 a barrel after rising 0.8% Monday on expectations Fed Chairman Jerome Powell will strike a dovish tone at a rate meeting on Wednesday amid a resurgence in coronavirus cases around the world. A gauge of dollar strength fell to the lowest level since September 2018, providing more support for oil that’s priced in the U.S. currency.

Behind the headline prices there are signs the market is getting weaker, with global benchmark Brent’s prompt timespread at the widest contango since May. The market structure -- where nearer-dated contracts are cheaper than later ones -- is a bearish signal indicating concerns about over-supply are growing.

Nervousness is increasing as the OPEC+ alliance prepares to start pumping more crude from next month at the same time as the pandemic stages a comeback in countries from China to Spain to Germany. The volume of oil parked in floating storage is 244% higher than a year ago, data from Vortexa shows, highlighting the amount of excess crude that still needs to be used.

“The risk is if we see an even more dovish Fed this week, I suspect we could see a rally in risky asset classes like commodities,” said Daniel Hynes, a senior commodity strategist at Australia & New Zealand Banking Group Ltd. “That’ll present an issue for investors contemplating those dynamics against what certainly looks like weaker fundamentals.”

Brent’s September futures were 52 cents cheaper than for October, compared with a 23 cent discount a week earlier. The difference between the front- and second-month price is known as the prompt timespread. The same spread for WTI was 21 cents in contango, from 13 cents in contango a week ago.

China, meanwhile, continues to lag behind the pace of imports from the U.S. needed to meet the terms of the two nations’ trade deal, amid a worsening diplomatic standoff that’s sparking global fears of a new Cold War. Purchases of energy products are only at about 5% of where they need to be by year-end.