Oil Jumps Above $30 for First Time in 2 Months 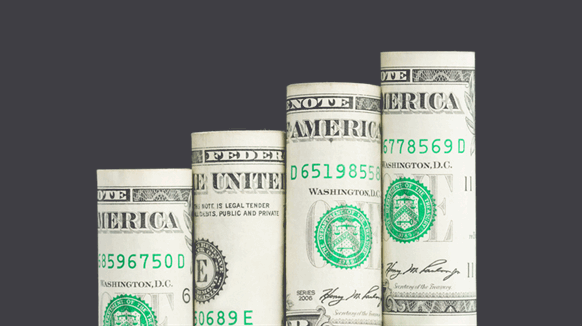 Oil rose above $30 a barrel for the first time in two months as producers in the U.S. and elsewhere continued to cut activity.

(Bloomberg) -- Oil rose above $30 a barrel for the first time in two months as producers in the U.S. and elsewhere continued to cut activity, helping to rebalance a market that was thrown into disarray by coronavirus lockdowns.

Futures in New York climbed around 5% after almost doubling in a run of three weekly advances. The number of drilling rigs in the U.S. fell for a ninth week to levels not seen in more than a decade, while stockpiles at the key storage hub in Cushing, Oklahoma, shrank for the first time since late February. Iraq said it planned to halt output from one of its oil fields due to protests.

The American cuts come on top of almost 10 million barrels a day of curbs from OPEC+, which kicked off at the beginning of the month. The producer alliance is responding to the demand destruction wrought by the virus with an urgency never seen before and the cutbacks are well on the way to their goal of removing around 10% of global supplies.

Together with a tentative recovery in demand, that’s made a repeat of last month’s plunge below zero extremely unlikely before the expiration of the West Texas Intermediate June contract on Tuesday. Mohammad Barkindo, secretary-general of the Organization of Petroleum Exporting Countries, said in a Bloomberg Television interview that the outlook for the second half was looking more encouraging as the global economy recovers.

“There’s been a very sharp reaction by U.S. producers in cutting output and that’s gone a long way in alleviating the stress on the system,” said Daniel Hynes, a senior commodity strategist at Australia & New Zealand Banking Group Ltd. Prices are unlikely to drop below $20 a barrel unless there are new and more deadly waves of the outbreak in major economies, he said.

WTI for June delivery rose 5.4% to $31.01 a barrel on the New York Mercantile Exchange as of 7:40 a.m. in London, while the July contract added 4.9% to $30.97. The difference between the two futures has shrunk from a contango -- where later-dated contracts are pricier than prompt ones -- in excess of $5 three weeks ago.

There’s still a risk, however, that oil’s recovery could be derailed if the pandemic worsens. Federal Reserve Chairman Jerome Powell warned that stocks and other assets that have rallied sharply in the past month would suffer “significant declines” if there were setbacks in the fight to contain the virus. The U.S. economic recovery could stretch through the end of next year, he said in comments broadcast on American TV on Sunday night.

Iraq, OPEC’s second-biggest producer, said it planned to halt output from the southeastern oil field of Al-Ahdab due to protests that are blocking operations, according to a person with knowledge of the situation. The protesters are demanding the resignation of the governor of Wasit Province, where the field is located, along with his two deputies, said the person, who asked not to be identified because the information isn’t public.

Rudolf Huber  |  May 19, 2020
Ain't that funny. Just two weeks ago the news cycle was full of obituaries for oil and now the industry is flush again. What happened to longer-term thinkers. What happened to proper analysis. Because anyone doing that would have known that this can be nothing but a momentary jolt down. people still need energy and want to go on with their lives. COVID-19 won't change that. In two years we will have new disasters to get heated on. Looks like most humans cannot live without drama. I can.