Oil in Longest Run of Weekly Gains Since 2017 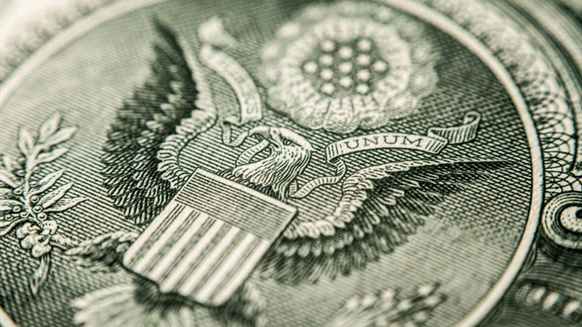 Oil in New York heads for the longest weekly winning streak since November 2017.

(Bloomberg) -- Oil in New York headed for the longest weekly winning streak since November 2017 as crises from Venezuela to Libya threatened supplies, while optimism over U.S.-China trade talks buoyed the outlook for demand.

West Texas Intermediate futures were little changed, poised for a fifth weekly increase. OPEC cut production for a fourth month in March, while supply risks are mounting in member nations exempt from the strategy. Power failures that plagued Venezuela last month were said to have briefly slashed crude output by half. And in Libya, tensions are rising as military leader Khalifa Haftar ordered his forces to advance on the capital.

Crude has surged almost 40 percent this year as the Organization of Petroleum Exporting Countries and its allies limit their output to counter record production from U.S. shale producers. Escalating tensions in Libya, the economic unraveling of Venezuela and the possibility that the White House won’t extend waivers for buyers of Iranian oil threaten to tighten supply further.

WTI for May delivery was little changed at $62.09 a barrel on the New York Mercantile Exchange as of 10:29 a.m. London time. Prices dropped 0.8 percent over the previous two sessions, and are up 3.3 percent this week.

Brent for June settlement fell 14 cents to $69.26 a barrel on the London-based ICE Futures Europe exchange, after briefly topping $70 for the first time since November in the previous session. The global benchmark crude was at a premium of $7.08 to WTI for the same month.

Crude production in Venezuela was 890,000 barrels a day last month, compared with 1.23 million a day in January, as blackouts across much of the country that began March 7 paralyzed oil wells and rigs, according to a Bloomberg survey of officials, analysts and ship-tracking data. The crisis is worsening and the risk of further output declines is increasing, analysts at Australia & New Zealand Banking Group Ltd. said in a note Thursday.

Prices have also been lifted this week by signs that the U.S. and China are finally on track to resolve the trade dispute that has long cast a shadow over the global economy.

China said a “new consensus” had emerged on trade, Xinhua News Agency reported, while President Donald Trump said both sides are making progress on a deal that could be “very monumental.”