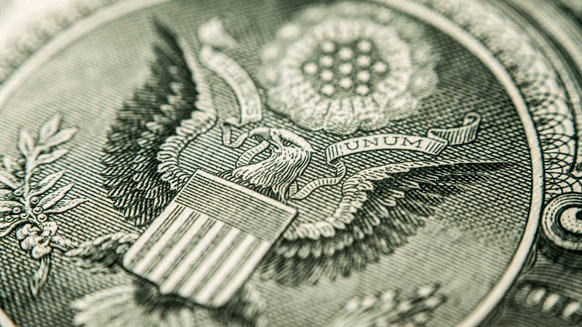 Oil held its losses from Tuesday at near $53 a barrel as pessimism over the prospects for a US-China trade deal clouded the global economic outlook.

(Bloomberg) -- Oil held its losses from Tuesday at near $53 a barrel as pessimism over the prospects for a U.S.-China trade deal clouded the global economic outlook.

Futures in New York were little changed after falling on Tuesday, when they dropped with risk assets including global equities. The swoon was sparked by concerns that tensions between the world’s biggest economies will persist even after President Donald Trump’s top economic adviser denied a report that the U.S. has canceled preliminary talks with Chinese officials.

The concerns over the world economy were exacerbated by disappointing U.S. housing data and the International Monetary Fund cutting its global growth forecasts this week. That’s threatening oil’s rally after prices got off to their best start to a year since 2001 on hopes the OPEC+ group of producers will cut enough output to shrink a global glut.

While Mohammad Barkindo, the secretary general of the Organization of Petroleum Exporting Countries, said the group and its allies are beginning to make “very sharp reductions,” the energy ministers of Saudi Arabia and Russia both canceled their plans to attend and hold a bilateral meeting at the World Economic Forum in Davos, skipping an opportunity to reassure investors.

“We’re most likely going to see ongoing discussions on economic growth, which will tend to be on the negative side considering some of the weak data we’ve seen come through recently,” Daniel Hynes, a senior strategist at Australia & New Zealand Banking Group Ltd. said by phone from Sydney. “That’s obviously shifted the focus back to oil demand.”

West Texas Intermediate crude for March delivery traded 20 cents up at $53.21 a barrel on the New York Mercantile Exchange at 7:46 a.m. in London. The February contract expired on Tuesday after slumping 2.3 percent to $52.57.

Brent for March settlement was 32 cents higher at $61.82 a barrel on the London-based ICE Futures Europe exchange after dropping 2 percent on Tuesday. The global benchmark crude was at an $8.56 premium to WTI.

In an interview with CNBC Tuesday, Larry Kudlow, chief of the National Economic Council, said a final outcome of the trade talks would depend on verification of Chinese commitments. Vice Premier Liu He is scheduled to meet with U.S. Trade Representative Robert Lighthizer from Jan. 30 to 31. That meeting will be “very, very important” and “determinative,” Kudlow said.