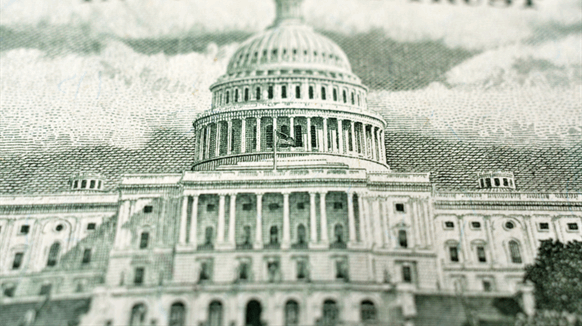 Oil held gains above $40 a barrel after a surprise drop in U.S. crude stockpiles and dollar weakness outweighed a worsening demand outlook.

(Bloomberg) -- Oil held gains above $40 a barrel after a surprise drop in U.S. crude stockpiles and dollar weakness outweighed a worsening demand outlook.

Futures in New York edged higher after closing up 2.4% on Wednesday, the most in two weeks. American crude inventories fell by almost 2 million barrels last week to the lowest level since April and distillates stockpiles also posted a surprise drop, the Energy Information Administration reported.

The data is providing some temporary respite from a steadily deteriorating demand backdrop. A 7-day moving average of worldwide commercial flights declined to the lowest since mid-August, according to Flightradar24, a website that tracks flights in real time. That came after several top trading houses said a meaningful recovery in oil demand may take 18 months or more.

After some sharp price swings in early September, crude is now back in the same range as the previous few months and, given the demand weakness, the risks look tilted to the downside. Some European governments are reimposing lockdown measures to rein in a resurgent coronavirus, while in the U.S. it’s uncertain if there will be any more fiscal stimulus before the election.

“Demand remains steady at much lower levels than 2019, meaning that prices are unlikely to move higher in this environment,” said Jeffrey Halley, a senior market analyst at Oanda Asia Pacific. Concern over falling consumption in Europe due to restrictions on movement is also damping sentiment, he said.

Brent’s six-month timespread was $2.11 a barrel in contango -- where prompt prices are cheaper than later-dated ones -- from $2.41 a week earlier. The change in the market structure shows concern over a glut may have eased.

There’s also downward price pressure coming from the supply side, with Libyan output being restored. The North African country is now pumping around 300,000 barrels a day, up from 80,000 at the start of September. In a rare positive for oil prices, meanwhile, a strike at Norway’s biggest oil field could disrupt more than a quarter of the country’s crude production.

The drop in flights, partially caused by the end of the northern summer, is causing problems for refiners as they struggle with a glut of middle distillates. If demand for aviation fuel falls further this quarter, it could lead to more diesel over-supply and force a slowdown in refining activity.