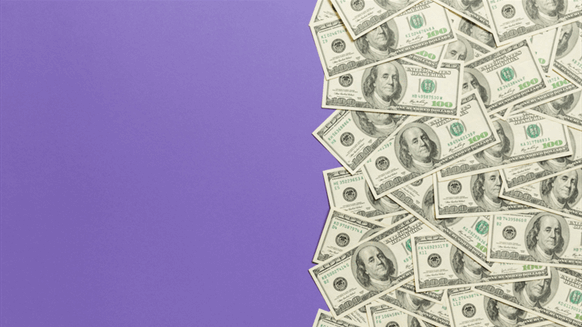 Oil held gains near $41 a barrel after an industry report pointed to a sharper-than-expected drop in American crude stockpiles.

(Bloomberg) -- Oil held gains near $41 a barrel after an industry report pointed to a sharper-than-expected drop in American crude stockpiles.

Futures in New York edged lower after gaining 2.1% Wednesday. U.S. inventories fell by 5.42 million barrels last week, the American Petroleum Institute reported, according to people familiar with the data. That would be the biggest weekly drop since August if confirmed by government figures due Thursday. The report also showed declines in gasoline and distillate stockpiles.

Crude managed to rise even after U.S. Treasury Secretary Steven Mnuchin said getting a fiscal stimulus deal before next month’s election would be difficult.

Oil market sentiment has improved amid some positive signs from Asia. One Chinese mega-refiner is snapping up barrels of Middle Eastern crude, while processing has been cranked up in India ahead of an expected jump in demand during festivals. The structure of the market is also pointing to strength ahead. The contango in Brent’s prompt timespread has narrowed markedly this month, a bullish signal suggesting concerns over a glut have eased.

“The recent price gain looks to be a temporary boost from the inventory data and OPEC+ output-deal compliance,” said Will Sungchil Yun, a senior commodities analyst at VI Investment Corp. in Seoul. “With U.S. stimulus unlikely to come before November and with the resurgence of the coronavirus in the West, oil is in for a volatile ride.”

The optimism is being tempered, however, by the imposition of more measures to combat a resurgent virus in Europe and a renewed rise in U.S. infections. Against this backdrop, the market remains wary of plans by OPEC+ to raise supply in 2021 in line with its agreement earlier this year.

OPEC and its allies plan to stick to a gradual tapering of production cuts, Russian Energy Minister Alexander Novak said in his column for Energy Policy magazine. Those reductions will leave global markets precariously balanced, the International Energy Agency said Wednesday, warning that the outlook for oil “remains fragile” as the pandemic depresses demand.