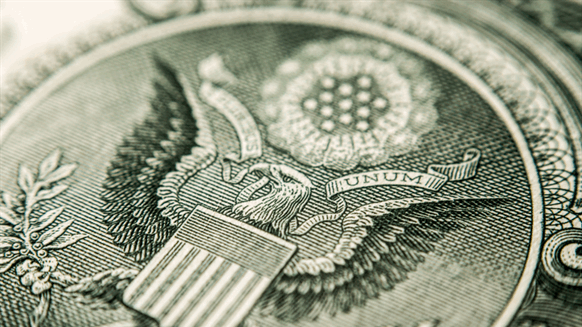 Oil prices jumped back above $70 a barrel after Iran attacked two U.S.-Iraqi bases in its first response to the killing of its top general.

(Bloomberg) -- Oil prices jumped back above $70 a barrel after Iran attacked two U.S.-Iraqi bases in its first response to the killing of its top general, before paring much of their advance as Tehran signaled the strike was over.

Futures in London initially surged more than 5% as the Islamic Revolutionary Guard Corps claimed responsibility for the missile strikes, which the Pentagon said were launched from Iran. Prices then pulled back after the country’s foreign minister said it had “concluded proportionate measures in self-defense” and U.S. President Donald Trump tweeted that “all is well” following the attacks.

While oil flows from the Middle East continue to be unimpeded for now, the risk the conflict will disrupt global supplies is spooking the market. Most crude exports from the Persian Gulf, including shipments from Saudi Arabia, Iran and Iraq, go through the Strait of Hormuz, a narrow waterway that Iran has repeatedly threatened to shut down if there’s a war.

The impact of the strike also spilled over into other assets, with gold surging to the highest level in six years, while U.S. and European stock futures declined.

Oil has had a dramatic start to the year, triggered by the U.S. airstrike that killed General Qassem Soleimani last week. Iran said Tuesday it was assessing 13 possible ways to inflict a “historic nightmare” on America after the assassination of the military commander near Baghdad’s international airport.

“We’re at a point where supplies from the Middle East could be disrupted at any moment as tensions escalate further after Iran’s retaliation,” said Kwangrae Kim, a commodities analyst at Samsung Futures Inc. “Oil markets could see another jump, depending on how the U.S. responds. We should be bracing for a volatile ride.”

All is well! Missiles launched from Iran at two military bases located in Iraq. Assessment of casualties & damages taking place now. So far, so good! We have the most powerful and well equipped military anywhere in the world, by far! I will be making a statement tomorrow morning.

It wasn’t immediately clear whether there were fatalities or major damage from the Iranian attacks. Futures tempered their initial reaction after Iranian Foreign Minister Mohammad Javad Zarif said on Twitter that the country is not seeking “escalation or war.” Trump said in his Twitter post that battle damage assessments continued and that he would make a statement Wednesday morning in the U.S.

OPEC is confident that Middle East leaders are doing everything possible to restore calm in the region, Secretary-General Mohammad Barkindo said after the attacks. Iraqi oil facilities remain secure, he said.

Investors are paying up to protect against higher prices after the strikes. Call options on WTI -- which allow the holder to buy futures at a set price -- are at the biggest premium to puts since September, when it spiked in the wake of attacks on Saudi Arabian oil sites. Implied volatility -- a key measure of how expensive the options are -- reached the highest since early December.

“If Iran seeks further targets for retaliation to the killing of Soleimani, but without crossing declared U.S. red lines that would prompt a military response, energy infrastructure may be appealing,” said Jason Bordoff, a former Obama administration official who now works at Columbia University. An actual supply disruption would send prices soaring, depending on the magnitude and expected duration of the outage, he said.

While there’s nervousness around the safety of shipments through the Strait of Hormuz, there’s still a comfortable oil supply cushion. OPEC is sitting on huge amounts of spare capacity after reducing supplies for most of the past three years and the U.S., the world’s largest crude producer, recently reported its second consecutive month as a net petroleum exporter. Big oil consumers including the U.S. and China also hold millions of barrels in strategic reserves that can be deployed to offset any shortage.