Oil Has a Millennial Problem 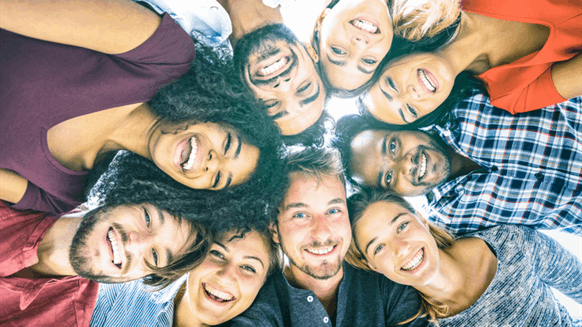 Oil companies have a problem, and his name is Robert Paver.

(Bloomberg) -- Oil companies have a problem, and his name is Robert Paver.

This 22-year-old graduate, along with his fellow students of earth sciences at the University of Oxford, should be natural recruits for an industry that has a long and lucrative history in the U.K. But instead of contemplating a career at an offshore driller, he’s planning to become a management consultant.

Out of Paver’s cohort of 28 students, only one is going into the oil and gas industry.

“Twenty or thirty years ago, oil was definitely very popular for students, but there seem to be a lot fewer people going into it these days,” Paver said in a phone interview. “A lot of alumni went into BP and Shell in the past, more than currently.”

For decades, science and engineering graduates have followed a well-worn path from top U.K. universities into the oil and gas industry, supplying the skilled workforce that’s needed to discover and develop resources all over the world. In recent years, the flow of talent has slowed to a trickle, raising fundamental questions for an industry that remains a vital cog in the global economy.

The decline began in earnest after 2014, when the price of oil went into freefall and the petroleum industry hemorrhaged jobs. Companies slashed graduate recruitment, with the number of hires halving in two years.

Yet that’s not the whole story. Crude prices have recovered and the industry has found its feet again, but the number of British graduates going into the sector has continued falling to the lowest since records began in 2012. There are growing signs that the once-desirable industry isn’t the employer it used to be.

“People are worried that there aren’t going to be as many jobs in the future, especially geology-related jobs because of a movement away from fossil fuels,” Paver said. “With oil companies making fewer discoveries and not wanting to invest as much in exploration, they’re worried in the future it’s maybe not going to be viable.”

The industry is facing recruitment challenges all over the world. In a survey of more than 33,000 people working in oil and gas conducted by oilandgasjobsearch.com and NES Global Talent, almost 90% said skills shortages were damaging productivity, with gaps widening in every sector of the industry.

To combat this, companies are going further than a high starting salary to attract graduates. Some are grooming talented students before they even finish their degrees. BP offers 3000 pound a year ($3,600) scholarships to science, technology, engineering and mathematics students at Oxford, with the recipients being “fast-tracked” to a job interview at the end of their studies, according to the university’s website.

“University petroleum courses are being asked to take petroleum out of their name, because people think petroleum is the devil,” Williams said in an interview. “I suspect some people who start on it in their education and then get turned away from it.”

According to data compiled by the Higher Education Statistics Agency the number of graduates going into oil and gas exploration in 2017 was at its lowest since records began in 2012, having fallen by 61% in four years. Trendence U.K., a market research firm, found that 91% of surveyed students cared about working for an ethical company, and 67% considered doing a job that contributed to climate change to be unethical.

“Environmental concerns are the overriding driver putting people off going into the energy industry,” said Mads Huuse, professor of geophysics at the University of Manchester. “A lot geoscience students in the U.K. don’t work in the industry, they work in insurance companies and banks.”

To tackle their recruitment problem, some oil companies have tried to add a youthful sheen to their public image. One example is Connor Tann, a petrophysicist and “data revolutionary” at BP. He stars in the company’s promotional material as a fresh face to demonstrate that it thinks about its future.

At 26 years old, he’s young for the industry, which has an average age of 42.2 according to a report by Oil and Gas U.K., a trade association. As part of the BP’s mentoring program, he gets access to the company’s top executives, including upstream chief Bernard Looney, who hopes to learn how to keep recent graduates from turning instead to cooler startups or tech giants such as Facebook Inc.

With the generous salary and benefits the oil giant can offer, BP should have reason to be confident of retaining his services for a long time. But Looney said earlier this year that he fears the company may lose people like Tann if it can’t find a way to make them enthusiastic about the careers it offers.

“What we’re hearing from young applicants is that they want to be part of the energy transition and to make a difference in working on solutions to the challenges that the world faces,” said a BP spokeswoman. The company isn’t finding it difficult to attract graduate or intern applications, she said.

Oil companies’ recruitment challenges could deepen as the industry returns to financial health after the price slump. Recruitment will start to ramp up and graduates may not fill the gap left by years of job cuts and spending restraint.

“Since the last crash, most of the older people thought ‘Bugger it, I’ll go and play golf and take my retirement package’,” said John Howell, professor in geosciences at the University of Aberdeen. “That creates a vacuum at the bottom. Companies will try to recruit, and I’m not convinced they are going to be able to fill that niche.”

To contact the reporter on this story:
Eddie Spence in London at espence11@bloomberg.net

To contact the editors responsible for this story:
James Herron at jherron9@bloomberg.net
Stephen Voss