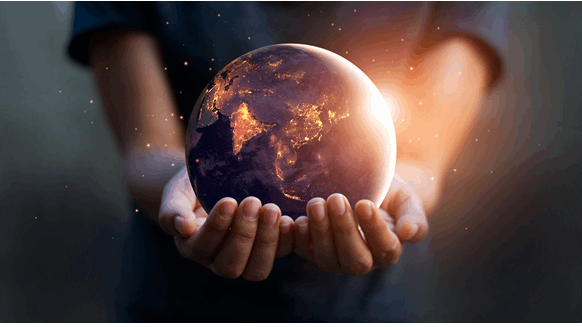 Saudi Aramco plans to tap the debt market in 2Q to finance the acquisition of Sabic, likely issuing its first ever international bond and disclosing its accounts in the process.

(Bloomberg) -- Saudi Aramco plans to tap the debt market in the second quarter to finance the acquisition of petrochemical giant Sabic, likely issuing its first ever international bond and disclosing its accounts in the process.

Saudi Arabian Energy Minister Khalid Al-Falih revealed the plan on Wednesday in Riyadh, adding the company wanted flexibility in funding the Sabic deal, which could cost about $70 billion.

The Aramco bond is “probably going to be in U.S. dollars,” Al-Falih said.

That debt sale would force the world’s largest oil producer to disclose its accounts to investors for the first time since its nationalization roughly four decades ago. It would also have to make public details about oil reserves and operations. The kingdom took a first step in that direction on Wednesday by releasing the first audit of Aramco’s oil and gas reserves since 1980.

The funding program “will be sustained over time as Saudi Aramco grows and undertakes its capital program,” Al-Falih said. “We believe that having bonds and commercial paper as one of its sources of capital is prudent and necessary.”

The plans for the bond, first reported by Bloomberg News last year, come as the Saudi government reactivates its plan to sell shares in the company. Al-Falih reiterated Crown Prince Mohammed bin Salman’s comments in 2018 that Riyadh is aiming for Aramco’s initial public offering in 2021. The kingdom had initially targeted 2018.

Al-Falih didn’t disclose the size of the potential bond sale, but it could rank among the largest issued by a company if Aramco plans to finance a large chunk of the Sabic deal with it. Verizon Communications Inc. raised $49 billion in the largest ever corporate bond sale in 2013 to buy Vodafone Group Plc’s stake in its cellular phone unit. Anheuser-Busch InBev NV took out $46 billion in 2016 to finance the takeover of SABMiller Plc.

Al-Falih played down chatter in the market that Aramco would fund the entire $70 billion Sabic deal with the bond offering. “It’s not going to be anywhere near the number that’s been rumored,” he said.

The bond, likely to be combined with banks loans, would allow state-owned Aramco to pay the kingdom’s sovereign wealth fund for its 70 percent stake in Sabic. In turn, the Public Investment Fund would obtain the money it had initially hoped to raise from the Aramco IPO.

While Aramco prepares for its debut international bond, the kingdom itself sold $7.5 billion of international debt on Wednesday in the first test of how much damage the killing of Washington Post columnist Jamal Khashoggi has inflicted on investor appetite.

Aramco has lots of room to borrow as there’s hardly any net debt, accounts obtained by Bloomberg News for the first half of 2017 show. At that time, the company had about $20 billion of borrowings, offset by $19 billion of cash and equivalents.

The oil behemoth has so far largely avoided bond markets, relying almost exclusively on its own cash or bank loans. The closest it came was when it raised 11.25 billion riyals ($3 billion) in a debut local currency Islamic bond sale. The prospectus for the 2017 offering didn’t include any financial information, according to a copy of the document reviewed by Bloomberg News.

“We will work with our advisers and find the right time to go to market and part of that would be a prospectus that would have appropriate financial statements and disclosures,” Al Falih said.