Oil Futures Down for the Week 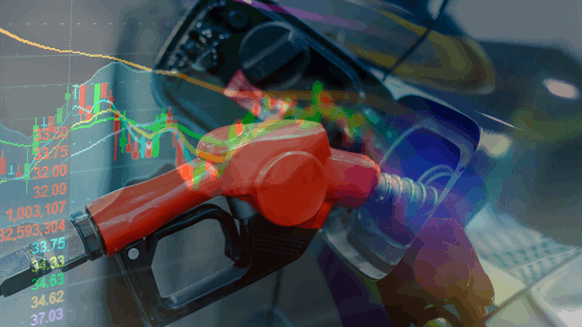 Oil fell this week with spreading coronavirus cases in countries such as India tempering optimism.

(Bloomberg) -- Oil fell this week with spreading coronavirus cases in countries such as India tempering optimism around positive signs out of the U.S. and Europe.

Futures in New York rose the most in over a week on Friday, but were unable to reverse a 1.6% weekly loss as the market weighed a global economic reopening that’s coming in fits and starts. The U.S. has remained near the forefront of the world’s budding demand recovery from the pandemic, and the latest manufacturing figures out of Europe have stoked optimism around a recovery there.

However, India has been setting record numbers of daily coronavirus cases, threatening demand in the world’s third-largest oil importer. The country’s diesel and gasoline consumption could fall by a fifth this month, and traders said the nation’s largest refiner had refrained from buying West African oil this week, defying expectations.

“There was a real strong belief that we were going to see a very robust demand outlook from Asia,” said Edward Moya, senior market analyst at Oanda Corp. But with concerns in countries such as India and Japan, it shows “the global economic recovery is not going to be balanced by any means, and that’s going to derail the international travel situation.”

Oil is up almost 30% this year, but prices have struggled to reach new heights recently with the coronavirus situation deteriorating in some key oil consuming countries. India’s combined consumption of diesel and gasoline is poised to plunge by as much as 20% in April from a month earlier due to renewed restrictions, according to officials from refiners and fuel retailers. Meanwhile, Japan is facing an increase in cases and a state of emergency will be declared from Sunday to May 11 in cities including Tokyo.

“In the short-term, the market is facing an uneven recovery in demand,” said Andrew Lebow, senior partner at Commodity Research Group. “With concerns around India and Japan, which are two of the top five consumers of petroleum products, the market is trying to gauge where we’re going on demand.”

While India has so far avoided re-entering a nationwide lockdown, the demand impact would be comparable to the one faced during last year’s initial wave were it to do so, Cornerstone Macro analysts Jan Stuart and Thomas Marchetti said in a note.

Still, prices have averted further losses, aided by the rollout of Covid-19 vaccines and vigilant supply management from the Organization of Petroleum Exporting Countries and its allies. OPEC+ is set to start easing deep supply curbs from May, and the group is expected to hold a full ministerial meeting next week to assess the global state of play.

Adding to daily gains on Friday was a string of robust economic data out of the U.S. New-home sales in the country rebounded in March to the highest since 2006, while a composite gauge of output at manufacturers and service providers reached a record high in April. The U.S. dollar weakened on Friday, boosting the appeal of commodities priced in the currency, while the S&P 500 Index climbed.

“We are starting to see investors dip their toes back into commodities,” Ryan Fitzmaurice, commodities strategist at Rabobank, said in a note. After next week’s OPEC+ meeting, there’s “upside risk to oil prices developing as investors rush to ramp-up commodity exposure to offset the impacts of a falling dollar and to hedge inflation risks.”