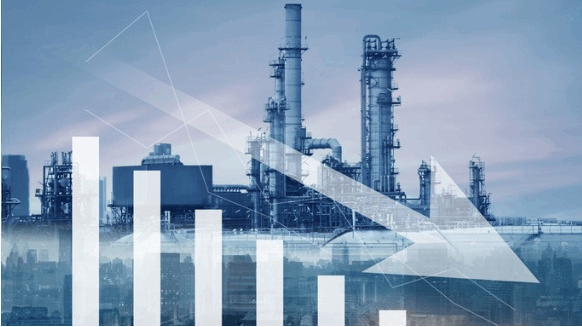 The EIA reported the lowest crude input by US refineries since 2008.

The drop came despite the EIA’s report that crude inventories fell by 745,000 barrels in the first decline since January.

“The economic narrative is not a solid one or an improving one over the next couple of months, or the next few months,” said Rob Haworth, senior investment strategist at U.S. Bank Wealth Management in Seattle. “There is probably a little more concern in the market that, yes, trends are heading in the right direction, but it may not be enough to overcome the lack of demand.”

The extent of crude’s rebound has been mixed. Saudi Arabia and Russia said in a joint statement they see signs of a recovery in demand. However, OPEC cut its demand forecast for crude in the second quarter by about 15%, in a report published on Wednesday.

In Europe, Germany aims to fully reopen its borders by the middle of June, but China is sealing off cities in a province that borders North Korea amid a growing cluster of cases.

While a fresh wave of virus cases would threaten a fragile recovery, there are some bright spots emerging in the physical oil market. Chinese refiners have bought Brazil’s Lula crude at a premium to the global Brent benchmark versus a discount of about $6 a barrel a few weeks ago, while Russia’s Urals crude hit a nine-month high on Tuesday.

The EIA also reported that supplies at key U.S. storage hub in Cushing, Oklahoma, fell by 3 million barrels last week. Additionally, the discount on crude for June delivery relative to July, a structure known as contango, is at its tightest since March, suggesting that concerns around brimming storage capacity are easing.

--With assistance from Dan Murtaugh, James Thornhill and Saket Sundria.

To contact the editors responsible for this story:
David Marino at dmarino4@bloomberg.net
Reg Gale, Christine Buurma