Oil Falls Most in Seven Weeks 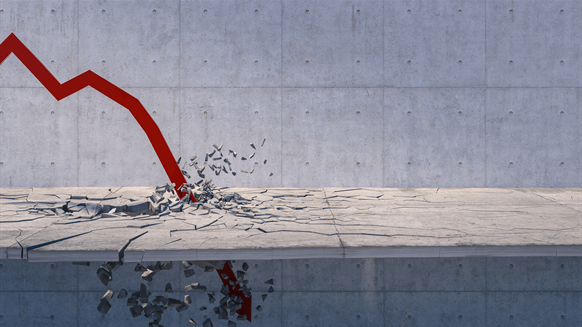 Oil drops the most in seven weeks as American crude stockpiles are forecast to rise and U.S.-China trade talks stall.

(Bloomberg) -- Oil dropped the most in seven weeks as American crude stockpiles are forecast to rise and U.S.-China trade talks stall.

Futures fell 3.2% in New York, the biggest decline since Sept. 30. U.S. oil inventories probably rose by 1.5 million barrels last week, according to a Bloomberg survey ahead of a government report on Wednesday. Markets are also being pressured by the impasse in trade discussions between the U.S. and China. While Russia is unlikely to agree to deepen output cuts, it could extend existing curbs to support Saudi Arabia, Reuters reported.

“We are going into this week with another storage build expected in the EIA’s report,” said Bob Yawger, director of futures division at Mizuho Securities USA. “The trade deal has soured and the vibe on the deal has turned a bit negative and that will affect demand too.”

The ebb and flow of trade talks between Washington and Beijing has weighed on oil prices, which have fallen more than 15% from an April peak. The report that Russia isn’t considering deeper cuts follows news of other large producers in OPEC+ who aren’t pushing for deeper oil-supply cuts either, according to delegates across the coalition.

“The market push down was already vulnerable,” said Phil Flynn, senior market analyst at Price Futures Group in Chicago. “Russia is playing hardball going into an OPEC meeting, but they always do.”

West Texas Intermediate for December delivery fell $1.84 to settle at $55.21 a barrel on the New York Mercantile Exchange. The front-month contract will expire on Wednesday.

Brent for January settlement slipped $1.53 to end the session at $60.91 on the London-based ICE Futures Europe Exchange. The global benchmark crude traded at a $5.56 premium to WTI for the same month.

U.S. crude stockpiles are at the highest level in four months. If official government data confirms the forecast in inventories on Wednesday, it would be the fourth straight weekly advance.

--With assistance from Kriti Gupta.