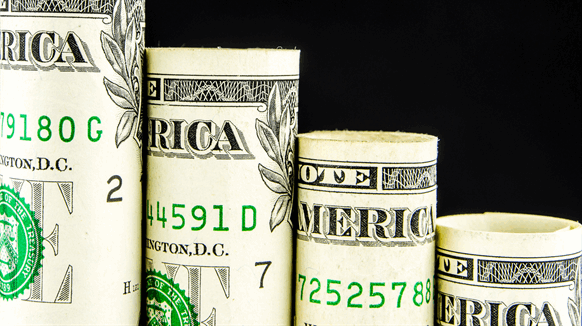 Oil extended losses near $65 a barrel after the worst month in more than 2 years.

(Bloomberg) -- Oil extended losses near $65 a barrel after the worst month in more than two years on lingering concern over a supply glut and a stronger dollar.

Futures in New York fell as much as 0.9 percent, after falling 1.3 percent on Wednesday. U.S. crude inventories rose for a sixth straight week, according to government data. Russia is said to raise oil and condensate production to a record high in October just as the U.S. signaled some countries may continue importing Iranian crude after sanctions take effect. A rally in the greenback this week has also diminished the appeal of commodities priced in dollars.

Oil slumped about 11 percent last month, the most since July 2016, as a global equity rout and trade tensions between the U.S. and China stoked concerns over economic growth and energy demand. Still, Organization of Petroleum Exporting Countries and its allies including Russia are sending mixed signals on whether they will ramp up output to fill any shortfalls as the return of U.S. sanctions next week are set to squeeze the Persian Gulf state’s exports.

“While the gain in U.S. crude inventories was in line with the market expectation, it’s still a sixth consecutive week of increase on the back of rising American production,” Takayuki Nogami, chief economist at Japan Oil, Gas and Metals National Corp., said by phone from Tokyo. “Even if it’s temporary, concerns over a supply glut are weighing on prices as Saudi Arabia, Russia and the U.S. all increase production.”

West Texas Intermediate for December delivery fell as much as 58 cents to $64.73 a barrel on the New York Mercantile Exchange, and was at $65.03 at 3:47 p.m. in Tokyo. The contract declined 3.4 percent in the past three sessions. Total volume traded was about 0.8 percent below the 100-day average.

Brent for January settlement slipped 33 cents to $74.71 a barrel on the London-based ICE Futures Europe exchange. The December contract fell 44 cents to $75.47 before expiring on Wednesday. The global benchmark crude traded at a $9.52 premium to WTI for the same month.

The U.S. sanctions enter into full force Nov. 5, with the aim of limiting Iranian supply. Several countries “may not be able to go all the way to zero” right away on purchases of Iranian oil, said White House National Security Adviser John Bolton. The U.S. wants to put maximum pressure on Iran, but doesn’t “want to hurt friends and allies,” he said.