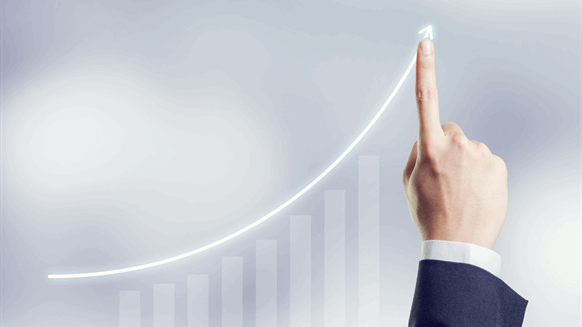 Oil extended gains from a 3-month high as industry data signaled a limited increase in American crude stockpiles, and on signs that the U.S. and China are moving closer to a trade deal.

(Bloomberg) -- Oil extended gains from a three-month high as industry data signaled a limited increase in American crude stockpiles, and on signs that the U.S. and China are moving closer to a trade deal.

Futures rose 0.7 percent in New York. The American Petroleum Institute was said to report nationwide crude inventories climbed 1.26 million barrels last week. That’s less than half the 3.1 million-barrel gain forecast in a Bloomberg survey before government data due Thursday. U.S. and Chinese negotiators are working on multiple memorandums of understanding that would form the basis of a final trade agreement, according to a person briefed on the talks.

Crude has rallied about 25 percent this year as the OPEC+ coalition got off to a strong start with their output cuts, led by higher-than-pledged reductions by Saudi Arabia, the world’s top oil exporter. Saudi Energy Minister Khalid Al-Falih said he expects markets to balance by April. Still, the trade war continues to cloud the global growth outlook.

“OPEC+’s strategy of implementing production cuts in order to remove the oversupply from the market and thus drive up oil prices has worked,” said Carsten Fritsch, an analyst at Commerzbank AG in Frankfurt.

West Texas Intermediate for April delivery rose 39 cents to $57.55 a barrel on the New York Mercantile Exchange at 11:06 a.m. in London. The March contract expired after rising 83 cents to $56.92 on Wednesday, the highest settlement since Nov. 12.

Brent for April settlement rose 16 cents to $67.24 a barrel on the London-based ICE Futures Europe exchange. The contract increased 63 cents to settle at $67.08 on Wednesday. The global benchmark crude was at a $9.72 premium over WTI for the same month.

The API also forecast gasoline and distillate stockpiles fell by 1.55 million barrels and 758,000 barrels, respectively, according to people familiar with the data.

The trade MoUs that the U.S. and China are working on would cover areas including agriculture, non-tariff barriers, services, technology transfer and intellectual property, according to the report. No breakthrough is expected during this week’s talks in Washington on major structural issues, but there is an effort under way to potentially extend a March 1 deadline for U.S. tariffs to rise on Chinese goods.