Oil Extends Drop After Plunging on US Virus Warning 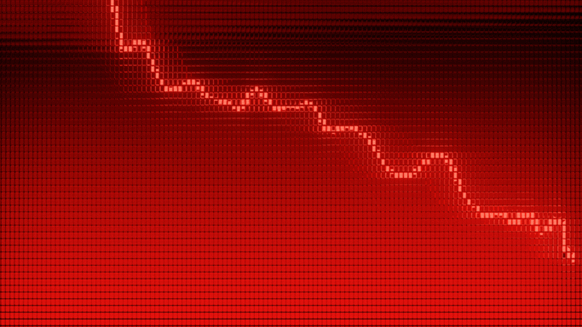 Oil extended losses below $50 a barrel after plummeting more than six percent over the previous two sessions on fears the fast-spreading coronavirus will take a major toll on global economic growth.

(Bloomberg) -- Oil extended losses below $50 a barrel after plummeting more than 6% over the previous two sessions on fears the fast-spreading coronavirus will take a major toll on global economic growth.

Futures in New York fell 0.5% after lurching lower on Tuesday as the U.S. Centers for Disease Control and Prevention warned Americans to brace for a domestic outbreak that would cause significant disruptions to daily life. South Korean cases topped 1,100 and there have been 10 deaths in Italy as the virus spreads rapidly around the world.

Investors are in uncharted territory as they try to gauge whether the virus will morph into a global pandemic and how severe the economic impact will be. A meeting of the Organization of Petroleum Exporting Countries and allied producers in Vienna next week is looming large after Saudi Arabian Energy Minister Prince Abdulaziz bin Salman said Tuesday the group still hasn’t made a decision on whether to extend or modify production cuts.

“U.S. traders have been less concerned about the impact to demand in the domestic market, but these comments from the CDC hit close to home,” said Michael McCarthy, chief market strategist at CMC Markets in Sydney. “OPEC+ may be considering output cuts, although they haven’t announced anything yet, and that would be very important to the oil markets.”

West Texas Intermediate for April delivery fell 0.5% to $49.65 a barrel on the New York Mercantile Exchange as of 7:35 a.m. in London after being up as much as 1% earlier. It closed down 3% on Tuesday. The so-called put skew -- the premium traders will pay for options protecting against a drop in prices over those protecting against a rise -- is at the highest level since June.

Brent for April declined 0.7% to $54.57 a barrel on the ICE Futures Europe exchange after dropping 2.4% in the previous session. The global benchmark crude was at a $4.92 premium to WTI.

There are now almost 81,000 confirmed worldwide cases of the coronavirus. A U.S. soldier in South Korea became the first American military case reported, while Brazil said a patient tested positive for the virus in a preliminary test, which would be the first reported infection in Latin America.

Meanwhile, the American Petroleum Institute reported that crude inventories rose by 1.3 million barrels last week, according to people familiar with the data. That would be the fifth straight weekly build in stockpiles if the figures are confirmed by an Energy Information Administration report due later on Wednesday. U.S. inventories are forecast to rise by 2.6 million barrels, according to a Bloomberg survey.