Oil Explorers Forge Ahead in Mexico 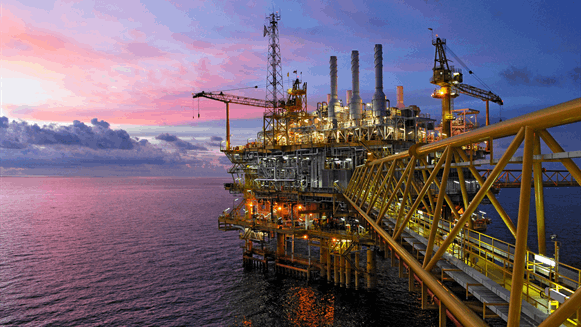 Under government pressure that they're moving too slow, international oil companies are pushing ahead with deepwater development plans in Mexico.

(Bloomberg) -- International oil companies including Malaysia’s Petronas, U.S. independent Murphy Oil Corp. and Spain’s Repsol SA are pushing ahead with plans to develop Mexico’s deep-water fields, as they face criticism from the government that they aren’t moving fast enough.

“We’re not out there just sitting on acreage and waiting,’’ said Adam Seitchik, general manager of exploration and new ventures at Murphy Oil, speaking on the sidelines of an event in Ciudad del Carmen, Campeche, on Thursday. “I am hoping if we’re very active, they will open up the bid rounds for us.’’

Murphy, which won a block in Mexico’s 2016 deep-water oil auction, announced that it had found hydrocarbons at its Cholula-1 well earlier this month and is assessing the discovery, which it operates in a consortium with Petroliam Nasional Berhad, Sierra Oil & Gas de RL and Ophir Energy Plc. The company expects to continue drilling in mid-2020, said Seitchik. When asked about the time line for first oil, Seitchik said: “eight to 10 years would be extremely long for us.’’

International oil companies piled into Mexico’s vast oil terrain over the past several years following 2014 energy reforms that opened the sector to private investment for the first time in almost eight decades. The new government of Andres Manuel Lopez Obrador has lambasted the reforms, calling on companies that won blocks in the bid rounds to invest and produce oil quicker. His government has suspended new oil auctions until companies show results, he has said.

The political shift has put pressure on companies that are already operating in Mexico’s shallow and deep-waters, and has increased demand for ‘farm-ins,’ or buying stakes in oil assets from private companies in Mexico.

“We are not only looking at the low-hanging fruit,’’ said Puteri Nurlina, exploration chief for Petronas Mexico, which operates in Mexico under the name PC Carigali, speaking at a panel during the same event. The Malaysian state-owned firm has stakes in 10 shallow and deep-water blocks in Mexico, where it is the operator for half of them. In February, Mexico’s National Hydrocarbons Commission approved its purchase of a 30 percent stake in China National Offshore Oil Corporation’s block in the oil-rich deep-water Perdido Fold Belt for an undisclosed amount.

Repsol, which has six offshore blocks in Mexico, is also seeking to drill two new wells next year, said Sergio Limardo, Repsol’s country manager in Mexico. “There’s an abundance of data in Mexico that existed by the time we all came, so that has allowed us to evaluate the blocks a little faster and move faster,’’ he said.