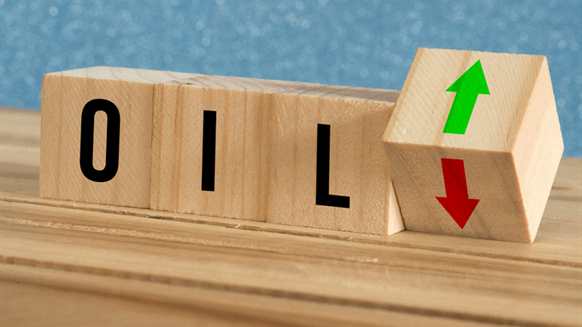 (Bloomberg) -- Oil edged lower after posting its first back-to-back weekly gain since February as investors weighed nascent signs of a recovery in demand against a huge global glut and the risk of a resurgence in virus cases.

Futures fell 1% in New York after rising 25% last week. While death rates have been easing in many countries, there’s concern the global economy may be vulnerable to a second wave of infections. China put a city near North Korea in lockdown over the weekend, while the White House has been hit with a case even as President Donald Trump encourages Americans to return to work.

However, the market is showing some signs it’s starting to rebalance. China’s oil stockpiles have shrunk in recent weeks after swelling to a record, while hedge funds increased their bullish bets on West Texas Intermediate crude. U.S. output cuts are accelerating with active drill rigs falling to a level not seen since before the shale revolution kicked off at the beginning of the last decade.

Oil is still down about 60% this year after global demand collapsed following lockdowns to curb the spread of the coronavirus pandemic. Restrictions are slowly being eased in some places around the world, offering some hope that fuel consumption may rebound as people travel again, but low prices are still having an impact.

Qatar Petroleum reduced its official selling prices for April sales by 51%, the official Qatar News Agency reported, setting both of its main grades at the lowest in more than 20 years. In the U.S., EOG Resources Inc. is cutting about a quarter of its output for May in one of the biggest shale retrenchments to date.

“There are definite signs of the oversupply situation easing,” said Howie Lee, an economist at Oversea-Chinese Banking Corp. in Singapore. “Today’s move looks like a slight break from overall uptrend.”

Chinese crude inventories fell by 9.5 million barrels in April after expanding by 161 million barrels in the first quarter, according to consultancy SIA Energy. Independent refiners in the province of Shandong are operating at record rates, while state-owned giant PetroChina Co. said it was ramping up fuel production.

Hedge funds boosted their net-bullish wagers on WTI to the highest in a year in the week ended April 28, according to data released Friday by the Commodity Futures Trading Commission. U.S. drill rigs dropped by 33 to 292 last week, the lowest level since September 2009, according to Baker Hughes.