Oil Drops After Trump Says He Has Covid 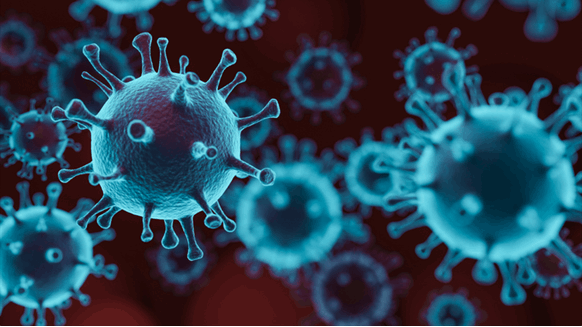 Oil extended losses on Friday as it got caught up in a broad downward move in financial markets after President Donald Trump said he had tested positive for the Covid-19 virus.

(Bloomberg) -- Oil extended losses on Friday as it got caught up in a broad downward move in financial markets after President Donald Trump said he had tested positive for the Covid-19 virus.

Futures in New York fell toward $37 a barrel, while global benchmark Brent dropped as much as 3.7%. The U.S. president announced that he and First Lady Melania Trump had tested positive for Covid-19, shortly after one of his closest aides, Hope Hicks, had fallen ill with the coronavirus. Asian stocks retreated, as did European and U.S. equity futures, while the dollar swung wildly.

Trump’s positive result will likely sharpen already intense attention on his handling of the pandemic as he campaigns for re-election against Democrat Joe Biden, who leads in national polls. Oil was already lower before the news as the chance of any more U.S. fiscal stimulus before the November election appeared to be fading after talks yielded no immediate breakthrough.

“Trump and the coronavirus news, along with the setback to the talks on the U.S. stimulus package, are just triggers and they’re serving as a reminder that the global economy is in trouble at least for the next six months,” said Vandana Hari, founder of Vanda Insights in Singapore. “What’s coming on top of that is the realization that there’s more supply coming into the market just as demand growth is weakening.”

The coronavirus is resurgent in Europe and hasn’t been brought under control in big economies such as India, leading to a chorus of forecasters scaling back their estimates for when oil demand will get back to pre-virus levels. Still, the Organization of Petroleum Exporting Countries’ crude production was almost unchanged last month from August, according to a Bloomberg survey.

Oil prices are heading for their fourth weekly loss in five amid signs demand has stabilized well below pre-virus levels as the pandemic proves stubbornly persistent. Chinese buying has flagged in recent months after a spree earlier in the year and there’s still a big overhang of inventories worldwide, while refiners are struggling with growing gluts of diesel and jet fuel.

The United Arab Emirates cut its oil output to the lowest in two years, offsetting increased Saudi Arabian exports as well as added output from Venezuela, Libya and Iran. Iraq also said it remains committed to the OPEC+ cuts, including extra curbs to compensate for previous overproduction.

OPEC production averaged 24.43 million barrels a day in September, according to the Bloomberg survey, compared with 24.39 million in August. Output was as high as 30.44 million in April as producers opened the taps amid the price war.

The prompt spreads for both WTI and Brent have fallen a bit further into contango --where near-dated prices are cheaper than later-dated ones -- this week, suggesting concern about over-supply is increasing slightly.

“Having already had to deal with growing concerns over the demand outlook, the oil market has been unable to escape the broader market sell-off following President Trump’s positive Covid-19 test result,” said Warren Patterson, head of commodities strategy at ING Bank NV in Singapore