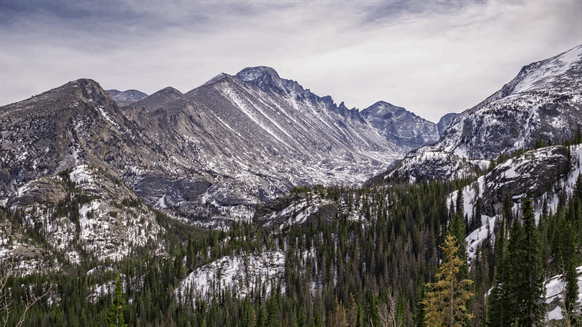 Politically, BP is trying to straddle both sides.

Whether Coloradans want the tribute is another matter.

On Nov. 6, voters may spoil BP’s welcome. That’s when Colorado decides whether to limit drilling in an initiative that has drawn almost $39 million in campaign finance contributions. If passed, the proposition would cut the state’s oil output by more than half and, perhaps, act as a potential blueprint for blocking development elsewhere.

BP moved its office from Houston weeks before the proposition hit the ballot. Colorado has been drawing drillers whose interest has been piqued by production that’s climbed 10-fold since 2001 to a record 450,000 barrels a day in April. Along with Noble Energy Inc., Anadarko Petroleum Corp. and others, BP is now in the midst of a multimillion-dollar war over the state’s environmental future.

“The long-term impact is quite significant,” said Matt Andre, an energy analyst at S&P Global Platts. “It’s about the precedent being set, and it working its way to other states.”

At issue is Proposition 112, which requires that new drilling sites, processing plants and gathering lines be more than 2,500 feet from homes, schools and other “vulnerable” areas. In effect, it makes 54 percent of surface land inaccessible to producers.

If the measure passes, production could fall 55 percent by 2023, according to an S&P analysis. But Andre sees that as just a best-case scenario: “It assumes that people who can drill will drill,” he said. “But you have to imagine that some people will move to other plays.”

The stakes are extraordinarily high. By July, Colorado overtook Alaska to become the nation’s sixth-largest oil producer. In 2016, the government estimated that the state had 1.3 billion barrels of proved oil reserves.

The vote’s in a few weeks. In the meantime, the latest campaign filings show opponents to the proposition have put $37.8 million into defeating it, including $300,000 contributed by BP on Oct. 2, and about $6 million each overall from Anadarko Petroleum Corp. and Noble Energy Inc.

That compares with just $921,000 raised by proponents. The latest polling by Height Securities LLC showed support for the measure at 43 percent and opposition at 47 percent, based on a survey conducted Oct. 15 and Oct. 16.

These companies “don’t just have to win,” said Ethan Bellamy, a senior analyst at Robert W. Baird & Co Inc. “They have to win by a mile to take the risk overhang out of the stocks. If Proposition 112 wins, the stocks will get torched.”

BP isn’t the only company to show renewed interest in Colorado, even amid efforts to restrict development in the state. Wyoming gas producer Ultra Petroleum Corp. in September moved its headquarters from Houston to Denver, part of a plan to consolidate operations.

Even Noble, which last year shifted operations to Texas, has reallocated activity back to the Denver-Julesberg basin amid pipeline bottlenecks expected to slow growth in the prolific Permian Basin.

For Denver-based companies with operations outside the state, such as BP, opposing the ballot measure is a matter of principle. But for pure-play producers the proposition could be a significant blow. Independent explorers Extraction Oil and Gas Inc., PDC Energy Inc. and SRC Energy Inc. all saw their shares fall after Colorado put Proposition 112 on the ballot.

Some companies are doing what they can to mitigate the impact of the measure.

Highpoint, for instance, is evaluating the drilling of longer laterals, Chief Financial Officer Bill Crawford said. Others are rushing to secure drilling permits ahead of the vote. Extraction Oil & Gas anticipates having more than three years of drilling inventory permitted and “ready to go” if the measure passes, Chief Executive Mark Erickson said on a second-quarter earnings call.

Anadarko, which holds 400,000 acres in the D.J. basin, has already announced plans to trim new production in the region, even before the measure made it onto the ballot.

A BP spokesman declined to comment on what impact if any, the measure might have on that company. BP opposes the proposition, like its fellow producers, and its Lower-48 unit plans to increase its share of oil production, amid low gas prices. But it hasn’t announced new exploration in the state.

The company now operates more than 1,300 wells in the Colorado portion of the San Juan basin but is weighing selling those assets following its $10.5 billion acquisition of most of BHP Billiton Ltd.’s onshore U.S. fields. It also owns and operates a natural gas plant near the New Mexico border that can process as much as 280 million cubic feet a day.

Politically, BP is trying to straddle both sides. While the company opposes the ballot measure, it casts itself as broadly supportive of Denver’s environmental goals.

“This is a city and a state that cares about the environment -- we see ourselves as a partner in that,” said Dave Lawler, chief executive of BP’s Lower 48 unit, in an interview last month. “This is one of the many steps of how we’re transforming the company.”

Lawler insisted that the Denver office is here to stay, regardless of the referendum’s outcome or the potential sale of BP’s holdings. The decision to relocate to Denver rested largely on the state’s “entrepreneurial mindset,” he said. “And in Denver, certainly, a technology emphasis that we want to be part of the company long-term.”