Oil Down on Uninterrupted Mideast Supplies 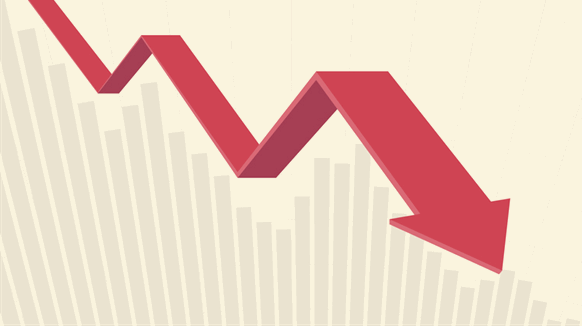 Oil retreated after its dramatic start to the year as the uninterrupted flow of Middle East supplies tempered fears over the fallout from the U.S. airstrike that killed a top Iranian general.

(Bloomberg) -- Oil retreated after its dramatic start to the year as the uninterrupted flow of Middle East supplies tempered fears over the fallout from the U.S. airstrike that killed a top Iranian general.

Futures in London fell on Tuesday after two days of wild trading that pushed prices briefly above $70 a barrel for the first time since September. While Iran’s semi-official Fars news agency said the Islamic Republic is assessing 13 retaliation ‘scenarios’ against the U.S., and the White House ordered additional forces to the Middle East, immediate concerns that a deeper conflict could disrupt output or exports from the region are yet to materialize.

It’s been a turbulent start to 2020 for the oil market after the U.S. airstrikes sparked an escalation in hostilities between Washington and Tehran, reigniting fears of conflict in the world’s most important producing region. Crude remains about 3% higher since the attack, but futures are pulling back as the likes of Goldman Sachs Group Inc. says it’ll take a major disruption to output to keep prices elevated.

“The market is recovering from the initial shock and closely monitoring how Tehran will respond,” said Will Sungchil Yun, commodities analyst at VI Investment Corp. “As current signals indicate traders and investors don’t see a full-blown war coming, prices are likely to remain relatively steady without a significant development.”

Goldman Sachs said this week there’s a greater risk of prices falling in coming weeks and being long gold is a better hedge than oil for geopolitical risks.

Oil markets still have a comfortable supply cushion should there be a disruption. OPEC is sitting on huge amounts of spare capacity after reducing supplies for most of the past three years and the U.S. recently reported its first months as a net exporter of petroleum for the first time in roughly 75 years.

Consuming countries from the U.S. to China also control millions of barrels stored in strategic petroleum reserves that can be deployed to offset any shortage.

Still, oil investors remain jittery about Iran’s response after the U.S. warned of a risk of attacks in Saudi Arabia, particularly in the eastern province and near the Yemeni border close to military bases as well as oil and gas facilities. Iran’s Supreme Leader Ayatollah Ali Khamenei vowed “severe retaliation” after the killing of General Qassem Soleimani, and Fars reported that even the weakest scenario could cause a “historic nightmare” for the U.S., citing Ali Shamkhani, the head of the nation’s security council.

An upbeat start to trading faded for investors in other markets after Iran’s response to the killing of Soleimani. U.S. equity futures pared gains, while Treasuries and gold reversed earlier declines.

Saudi Arabia, Iran and Iraq together pumped more than 16 million barrels of oil a day last month. Most of their exports leave the Persian Gulf through the Strait of Hormuz, a narrow waterway that Iran has repeatedly threatened to shut down if there’s a war.

Oil buyers are also wary that Iraq’s entanglement in the dispute could disrupt shipments from OPEC’s second-biggest producer. While there’s been no material threat to Iraq’s oil output, U.S. President Donald Trump has threatened heavy sanctions against the country if it followed through on a vote by parliament to expel foreign forces from its territory. The U.S. defense secretary has since insisted America hasn’t made a decision to leave the country.

Meanwhile, the three-ship Bataan Amphibious Readiness Group, which includes about 2,200 marines and a helicopter unit, was ordered to move to the Persian Gulf region from where it was exercising in the Mediterranean, according to a U.S. official.

To contact the editors responsible for this story:
Serene Cheong at scheong20@bloomberg.net
Alexander Kwiatkowski