Oil Down on Signs OPEC+ Will Increase Output 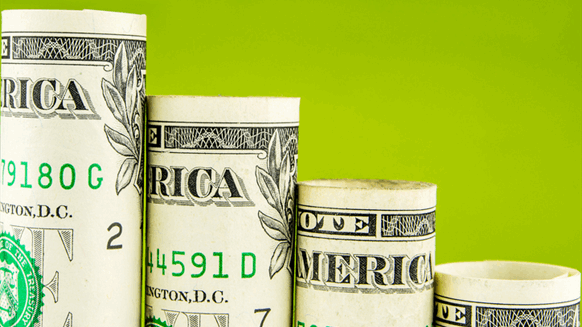 Oil edged lower ahead of an OPEC+ meeting this week at which the group may announce plans to start tapering historic production cuts.

(Bloomberg) -- Oil edged lower ahead of an OPEC+ meeting this week at which the group may announce plans to start tapering historic production cuts even as the coronavirus surges unabated in many parts of the world.

Futures in New York fell toward $40 a barrel after closing up 2.4% on Friday. The producer bloc will review the state of the market at an online meeting on Wednesday amid expectations it will soon begin unwinding the output curbs. Russia’s top oil companies are preparing to increase output next month in the absence of other guidance from the Energy Ministry, according to two people from the industry who spoke on condition of anonymity.

The increase in supply would come as the still-raging pandemic clouds the demand outlook. The U.S. is struggling to control the outbreak, with many states reversing re-opening plans. Australia’s second-largest city, meanwhile, went back into lockdown last week as the virus made a comeback there.

The OPEC+ cutbacks have been instrumental in driving the recovery in oil prices from their nadir in April and the challenge confronting the group is how to avoid an erosion of those hard-fought gains. The International Energy Agency said in a report Friday that fuel demand should rebound sharply over the next three months as economic activity resumes, while warning the virus is “casting a shadow over the outlook.”

“OPEC+ is probably desperate to taper off the cuts as per the agreements, but there is great uncertainty and they will probably be looking closely at what is happening in the U.S.,” said Jeffrey Halley, a senior market analyst for Asia Pacific at Oanda. “This rally doesn’t have a lot of solid foundations, and it wouldn’t take much for people to start running for the doors again.”

West Texas Intermediate for August delivery fell 0.9% to $40.19 a barrel on the New York Mercantile Exchange as of 7:35 a.m. in London. Brent for September settlement dropped 0.8% to $42.89 on the ICE Futures Europe exchange after finishing up 2.1% on Friday.

The global benchmark crude’s three-month timespread was 66 cents in contango -- where prompt prices are cheaper than later-dated contracts -- compared with 41 cents in contango at the end of June. The market structure indicates that concern about over-supply is increasing slightly.

The Joint Ministerial Monitoring Committee, the panel that reviews OPEC+’s progress, will consider whether the alliance should keep 9.6 million barrels of daily output off the market for another month, or taper the cutback to 7.7 million barrels as originally planned. Members are leaning toward the latter option, according to several national delegates who asked not to be identified.

Saudi Arabia, meanwhile, gave as least five Asian customers less August-loading crude than they had sought, said people with knowledge of the companies’ procurement. Six other Asian buyers received full allocations, while at least two Indian customers that sought less supplies compared to their contractual volumes got roughly what they asked for.