Oil Down on OPEC+ Taper Jitters 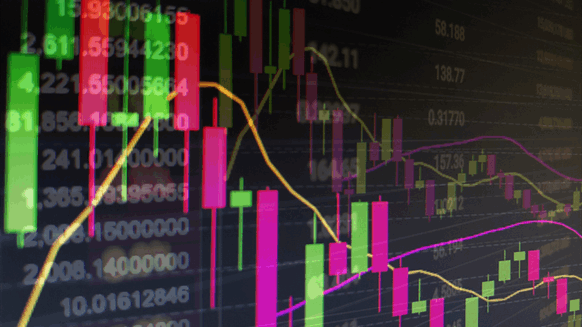 Oil dropped for a second day on expectations that OPEC+ will start winding down production cuts next month.

(Bloomberg) -- Oil dropped for a second day on expectations that OPEC+ will start winding down production cuts next month and as escalating tension between Washington and Beijing worsened sentiment across financial markets.

Futures in New York fell toward $39 a barrel after retreating 1.1% on Monday. OPEC+’s Joint Ministerial Monitoring Committee meets Wednesday and the group is expected to stick to its plan of tapering the cuts from August even as the coronavirus rages unabated in many parts of the world, particularly the U.S.

Crude was also caught up in a broad downward move in markets after the White House rejected Beijing’s expansive maritime claims in the South China Sea on Monday. While the immediate impact wasn’t clear, it was the latest in a series of disputes between the world’s two largest economies that threaten to complicate the global recovery from the pandemic.

An increase in supply from OPEC+ would hit a global economy that’s still far from pre-virus levels of activity, with a range of indicators in the U.S. suggesting the recovery has slowed in the past few weeks. The contango in Brent crude’s three-month timespread has widened this month, showing that concerns about a potential supply glut are starting to resurface.

If OPEC+ does taper its cuts as expected, it will have only a “limited impact” as the global market is likely to remain in deficit, said Warren Patterson, head of commodities strategy at ING Bank NV. A surprise extension of the current levels would give the market a short-term boost, he said.

West Texas Intermediate for August delivery fell 1.5% to $39.50 a barrel on the New York Mercantile Exchange as of 7:24 a.m in London. Brent for September settlement dropped 1.2% to $42.19 on the ICE Futures Europe exchange after declining 1.2% on Monday.

The global benchmark’s three-month timespread was 74 cents in contango -- where prompt prices are cheaper than later-dated contracts -- widening from 41 cents at the end of June.

The OPEC+ committee will consider whether the alliance should keep 9.6 million barrels of daily output off the market for another month, or taper the cutback to 7.7 million barrels as originally planned. Members are leaning toward the latter, according to several national delegates who asked not to be identified.

Meanwhile, compliance with the existing agreement seems to be improving. Saudi Arabia commended Iraq for implementing almost all of its oil production cuts last month, according to the state-run Saudi Press Agency.