Oil Down on Mixed Trade-War Signals 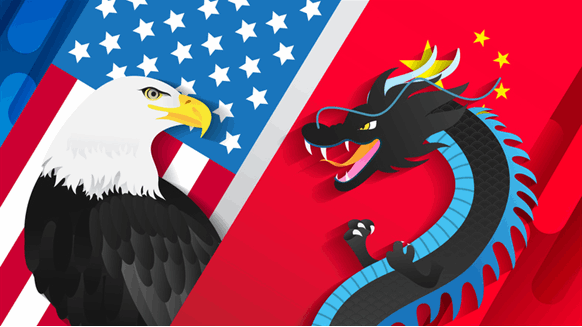 Oil retreated from a 7-week high as investors weighed mixed signals on the progress of U.S.-China trade talks.

(Bloomberg) -- Oil retreated from a seven-week high as investors weighed mixed signals on the progress of U.S.-China trade talks, while worsening violence in Hong Kong damped sentiment across financial markets.

Futures fell as much as 1.2% in New York after gaining 1.9% last week. President Donald Trump said the trade talks were moving along “very nicely,” but he also described reports on how much the U.S. was ready to roll back tariffs as incorrect. Hong Kong stocks led declines in Asia after police shot a protester on Monday morning amid street clashes.

Oil has rallied around 9% since early October as the world’s two largest economies moved closer toward a limited trade agreement, while data last week showed some signs of improvement in the U.S. and Chinese economies. That optimism has been reflected in hedge-fund bets, with net-long positions on West Texas Intermediate crude rising for a third straight week. Meanwhile, Wood Mackenzie Ltd. said it sees a “pretty high chance” that OPEC and its allies will slightly extend production cuts next month.

Investors remain hostage to the rapid shifts in the U.S.-China trade negotiations, Stephen Innes, Asia Pacific market strategist at AxiTrader, said in a note. But it’s ultimately the economic data that matter and, on that front, things are improving, he said.

Brent for January dropped 1% to $61.87 a barrel on the London-based ICE Futures Europe Exchange after climbing 1.3% last week. The global crude benchmark traded at a $5.20 premium to WTI for the same month.

There were signs last week that a first-phase U.S.-China deal would include a tariff rollback, but Trump made clear Friday that an agreement hasn’t yet been reached and that he wouldn’t eliminate all levies. There’s an expectation that new tariffs scheduled for Dec. 15 won’t take effect as part of an initial deal, but a lot of levies remain in place.