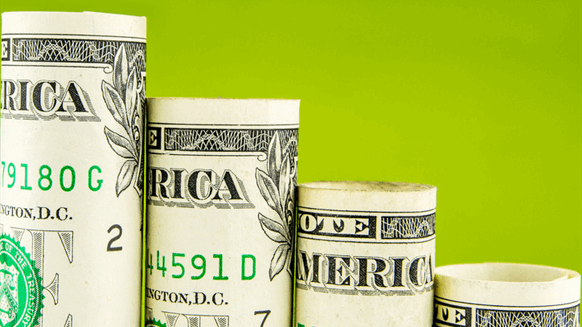 Oil headed for its first weekly loss since November as fears over a U.S.-Iranian war receded, easing concern of a potential supply disruption in the Middle East.

(Bloomberg) -- Oil headed for its first weekly loss since November as fears over a U.S.-Iranian war receded, easing concern of a potential supply disruption in the Middle East.

Futures fell 0.2% in New York and are down almost 6% so far this week. The U.S. House of Representatives voted Thursday to limit President Donald Trump’s authority to strike Iran, while America received indications that the Islamic Republic has asked militias in the Middle East not to carry out attacks against U.S. interests, Vice President Mike Pence said in comments to Fox News.

Oil prices were whipsawed this week by the clash between Washington and Tehran but are now back at levels they were prior to the American airstrike that killed a top Iranian general. The conflict has so far spared output and exports from the Middle East and the global market has a comfortable supply cushion with OPEC members sitting on huge amounts of spare capacity and American production increasing.

“Prices at current levels look about right, but if we get through the weekend without any supply disruption, we could drift lower,” said Stephen Innes, chief Asia market strategist at AxiTrader Ltd. Most of the risk premium has evaporated, he added.

West Texas Intermediate crude for February delivery fell 10 cents to $59.46 a barrel on the New York Mercantile Exchange as of 7:13 a.m. in London. The contract surged above $65 on Wednesday after retaliatory strikes from Iran on Iraqi airbases that house U.S. troops before retreating to close 4.9% lower.

Brent futures for March settlement lost 7 cents to $65.30 a barrel on the ICE Futures Europe exchange. The contract climbed to near $72 on Wednesday. Prices are down 4.8% this week, also poised for the first weekly decline since November.

However, tensions still remain after the prime ministers of Canada, the U.K. and Australia said a Ukrainian passenger plane that crashed Wednesday near Tehran was probably brought down by an Iranian missile, allegations that Iran’s government has denied.

“Although the threat of outright war has receded, the industry remains on edge, expecting disruptions like shipping incidents or attacks on oil facilities on par with events last year,” Eurasia Group analysts Robert Johnston and Henning Gloystein said in a note.