Oil Down as Swelling US Stockpiles Add to Trade Woes 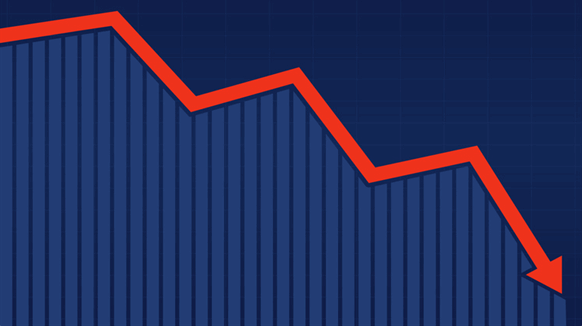 Oil held losses near a two-month low on fading prospects for a resolution to the protracted U.S.-China trade spat and signs American crude inventories expanded for a fourth week.

(Bloomberg) -- Oil held losses near a two-month low on fading prospects for a resolution to the protracted U.S.-China trade spat and signs American crude inventories expanded for a fourth week.

Futures lost 0.3% in New York after dropping 0.2% on Tuesday. Relations have deteriorated between the world’s two largest economies ahead of trade talks this week as U.S. officials discuss restricting capital flows into China, while Beijing hinted at retaliatory measures after Chinese tech firms were blacklisted. The American Petroleum Institute reported stockpiles rose by 4.13 million barrels last week, according to people familiar with the data.

Oil is down more than 20% from its peak in April as the prolonged U.S.-China trade dispute adds to a bleak global economic outlook, denting demand. Crude is likely to fall further if the official Energy Information Administration figures due Wednesday also show a gain in American inventories.

“Oil’s fate is linked 100% to the trade talks now with no progress looking likely,” said Jeffrey Halley, a senior market analyst at Oanda Asia Pacific Pte. “Should this be confirmed by the week’s end, oil is likely to come under heavy selling pressure again with WTI threatening key support at $50 a barrel.”

West Texas Intermediate for November delivery fell 14 cents to $52.49 a barrel on the New York Mercantile Exchange as of 7:15 a.m. London time after dropping as much as 0.5% earlier. The contract lost 12 cents to close at $52.63 on Tuesday.

Brent for December settlement declined 15 cents, or 0.3%, to $58.09 a barrel on the London-based ICE Futures Europe Exchange. The contract slid 11 cents to close at $58.24 on Tuesday. The global benchmark crude traded at a $5.61 premium to WTI for the same month.

Vice Premier Liu He, China’s chief trade negotiator, is set to meet with his U.S. counterparts from Thursday as tensions escalate between the two sides. The Trump administration is also slapping visa bans on Chinese officials linked to the mass detention of Muslims.