Oil Collapse Drags the Whole Service Industry Down With It 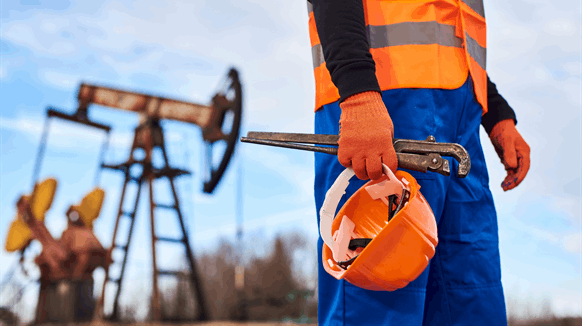 Since the start of 2019, the oilfield services sector has lost almost 50,000 jobs, or about 13 percent of its workforce.

(Bloomberg) -- No one is feeling the pain of an oil collapse more than the shale producers. Except, perhaps, their suppliers.

Take Stacy Locke, chief executive officer for Pioneer Energy Services Corp. Locke says he had no choice but to abandon drilling in the Bakken shale basin after roughly 20 years there as plunging oil prices slashed activity, and a major customer in the region -- Whiting Petroleum Corp. -- went bankrupt. The end result of a tough year for oil: Pioneer will lose the last 6 rigs it has in the Bakken, with each one ending jobs for 20 or so workers.

Since the start of 2019, the oilfield services sector has lost almost 50,000 jobs, or about 13% of its workforce. Meanwhile, the falloff in fracking -- the technology used to shake loose oil from shale -- is forecast to face its worst year ever with at least half of all work expected to be ended by July 1, according to Citigroup Inc. The domino effect for workers across a wide spectrum of companies can be devastating, said Skip Locken, Pioneer’s vice president of drilling operations.

“There are so many different companies that are involved in drilling one well,” said Locken, a North Dakota native who’s worked with Whiting as a client for a dozen years. “It comes down to the person that brings water out to employees on the rig, or toilet paper, paper towels, oil, gas, cement, or who do the fracking and the logging.”

Contractors hired to map underground pockets of oil, drill new wells and open them are expected to be among the hardest hit in the energy industry as producers slam on the brakes to survive a crude-price crash triggered by a demand-destroying pandemic and a battle for market share between Saudi Arabia and Russia. Although the world’s biggest producers agreed to a global output cut last weekend, it hasn’t been enough to boost prices from the doldrums.

“It’s just terribly painful,” said Locke, whose own company filed for chapter 11 restructuring in March, about a month before Whiting’s move. “When the big ones fall, that’s really pretty catastrophic.”

Whiting’s bankruptcy filing alone has undercut rig operators, water haulers, chemical providers and other contractors large and small. Four of the world’s biggest servicers are each owed more than $1 million, with Schlumberger Ltd. and Halliburton Co. carrying unsecured claims of more than $8 million a piece.

Investors will get their first look at the first-quarter financial damage on Friday when Schlumberger, the world’s biggest oil services provider, reports earnings. Halliburton and Baker Hughes Co. will follow next week.

On Monday, Baker Hughes announced it will write down $15 billion in value from two of its biggest business units. That followed announcements over the past month from rivals Schlumberger and Halliburton of furloughs, salary reductions and job cuts.

After averaging less than three bankruptcies a quarter for all of 2018 and the first half of 2019, the oilfield services sector finally hit its debt wall, according to Haynes & Boone LLP. Now the hired hands of the oil patch are averaging more than eight filings over each of the past three quarters.

“I think we’re going to have quite a few bankruptcies this go around,” Locke said by telephone. “Our experience in the Bakken, after 15-20 years up there is probably over for drilling, which is really really sad.”

To combat that, some explorers such as Parsley Energy Inc. have have asked their contractors to help them cut as much as 25% from their oilfield costs. But industry consultant Rystad Energy estimates that explorers may only be able to get about half that, with so little for the servicers to give up this time around.

The last time that oil prices tanked, from more than $100 a barrel in 2014 to roughly $26 in 2016, service companies gave up major concessions to their customers, partly to keep market share. Now companies such as Patterson-UTI Energy Inc. and RPC Inc. are working from a new playbook: scrapping excess frack pumps for the first time ever, turning instead to idle gear in a pinch.

“When a pump breaks, I drag the truck off to the side and I go grab another one that was working last time I had it on a job, put it in line and run that till it breaks,” Richard Spears, an industry consultant who’s worked in and around the oil patch for decades, said on a recent Evercore ISI webinar.

“You can do this incredible discounting as long as you’ve got idle equipment that was in good shape,” he said. “But eventually you burn through even all that.”

To contact the editors responsible for this story:
Simon Casey at scasey4@bloomberg.net
Reg Gale, Joe Carroll