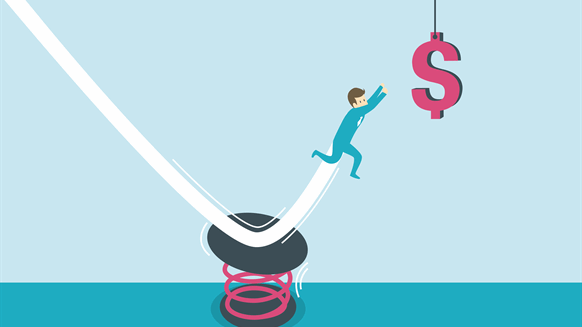 Oil rose to the most in more than a week as the preliminary trade truce between the U.S. and China fanned optimism about economic growth.

(Bloomberg) -- Oil rose to the most in more than a week as the preliminary trade truce between the U.S. and China fanned optimism about economic growth.

Futures rose as much as 1.4% in New York. Under the settlement between the world’s largest economies, China pledged to increase purchases of U.S. commodities. The landmark deal helped fuel a record-setting rally in American equities.

West Texas Intermediate crude for February delivery advanced 64 cents to $58.45 a barrel at 10:48 a.m. on the New York Mercantile Exchange after earlier rising the most since Jan. 8.

Brent for March settlement rose 59 cents to $64.59 on the ICE Futures Europe exchange. The global benchmark crude traded at a $6.18 premium to WTI for the same month.

--With assistance from James Thornhill, Elizabeth Low and Grant Smith.

To contact the editors responsible for this story:
David Marino at dmarino4@bloomberg.net
Joe Carroll, Mike Jeffers