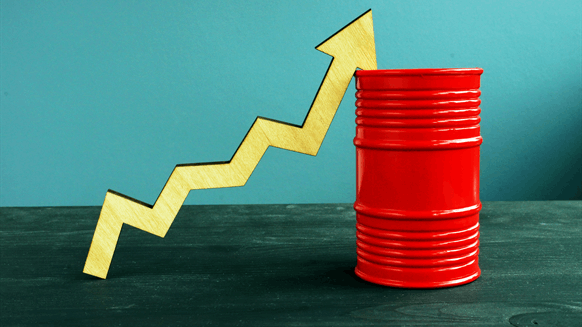 The World Heath Organization rekindled optimism that the coronavirus outbreak could be abating.

(Bloomberg) -- Oil rose for a third session, the longest winning streak since early January, after the World Heath Organization rekindled optimism that the coronavirus outbreak could be abating.

Futures gained 0.5% in New York on Thursday to the highest level in nearly two weeks. The WHO said the spike in coronavirus diagnoses doesn’t necessarily reflect a sudden surge in new infections. Hubei province, the outbreak’s epicenter, revised its method for counting infections. A top WHO official said many of the added cases date back days and weeks.

“The market is getting more comfortable that we’ve hit the bottom,” said Rebecca Babin, a senior equity trader at CIBC Private Wealth Management. “Oil markets have discounted the worst case and could show more resilience as long as cases outside of China are not spiking.”

Oil prices recovered this week on the back of optimism that the spread of the deadly coronavirus outbreak could easing. The International Energy Agency on Thursday said oil demand will drop this quarter for the first time in over a decade, citing the viral outbreak’s impact on economic activity and travel in China.

West Texas Intermediate crude for March delivery rose 25 cents to settle at $51.42 a barrel on the New York Mercantile Exchange.

Brent for April settlement climbed 55 cents to end the session at $56.34 a barrel on the ICE Futures Europe exchange, putting its premium over WTI for the same month at $4.68.

The market’s structure also continued to signal strength. Brent’s front-month contract traded at a 4-cent discount to its second-month contract, the smallest discount since the contracts traded in backwardation at the end of January.

Meanwhile, Saudi Arabia and Kuwait authorized the restart of oil production at the Wafra field from Sunday, more than four years after they halted output at the shared deposit.

Kuwait and Saudi Arabia have said a resumption would be unlikely to add significant amounts of oil to the market within the duration of the Organization of Petroleum Exporting Countries’ production cuts deal, which runs until the end of March.

To contact the editors responsible for this story:
David Marino at dmarino4@bloomberg.net
Jessica Summers, Joe Carroll