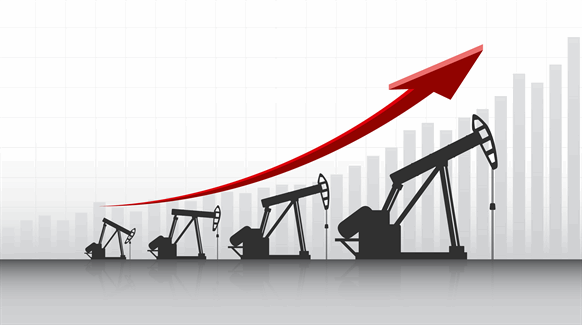 OPEC+ needs to balance production with the demand trajectory, which looks down.

(Bloomberg) -- Oil bounced back from a one-year low even as Russia kept OPEC+ waiting on a decision about whether to cut production in response to the coronavirus outbreak.

Futures rose 0.8% in New York on Tuesday. Energy Minister Alexander Novak said that Moscow is “studying” the OPEC+ output-cut plan after days of hesitation, calling the situation “extremely unstable.” Novak is set to meet with Russia’s oil companies on Wednesday.

“OPEC+ needs to balance production with the demand trajectory, which looks down,” Frances Hudson, global thematic strategist at Aberdeen Standard Investments, writes in an email. “If a decision is not taken until the next scheduled meeting in March, I would expect this to limit the scope for what can be achieved.”

The Organization of Petroleum Exporting Countries and its allies have signaled a desire to stabilize the oil market that has tumbled over 18% since the beginning of the year as the coronavirus outbreak inflicts severe economic disruption in China.

Impact from the virus has intensified concerns of weak crude demand hitting the second largest economy in the world, prompting technical experts from the coalition to propose deepening the current supply cuts by 600,000 barrels a day to relieve excess inventories.

The Energy Information Administration cut its global petroleum demand growth outlook by 23% to 1.03 million barrel a day, citing partial effects from the coronavirus in its monthly Short-Term Energy Outlook.

The exact impact of the virus has been difficult to quantify, so analysts have narrowed in on other demand indicators for clues. Morgan Stanley cut its oil demand growth forecast for 2020 by 15% amid plunging passenger transport volumes. Chinese refined product demand is seen down around 1.2 million barrels a day in the first quarter compared with same quarter last year, according to IHS Markit.

West Texas Intermediate crude for March delivery rose 37 cents to settle at $49.94 on the New York Mercantile Exchange after gaining as much as 2.3% on Tuesday.

Brent crude for April settlement rose 74 cents to settle as $54.01 a barrel on the ICE Futures Europe exchange in London, putting its premium over WTI at $3.84, the smallest spread between the two contracts since early 2018.

“There’s a new calculus for importers, particularly Mediterranean and Asian buyers who were happy to take U.S. barrels when they were $6 dollars cheaper, now it’s only $3 less,” said Bob Yawger, futures director at Mizuho Securities USA.

OPEC’s response could face another hurdle if Libya’s United Nations-led peace talks result in a resumption of oil exports that halted after a blockade by supporters of commander Khalifa Haftar. Libyan economic experts are weighing the distribution of oil revenue in an effort to end the conflict between the internationally recognized government in Tripoli and Haftar.

--With assistance from Serene Cheong, James Thornhill and Elizabeth Low.

To contact the editors responsible for this story:
James Herron at jherron9@bloomberg.net
Reg Gale, Christine Buurma