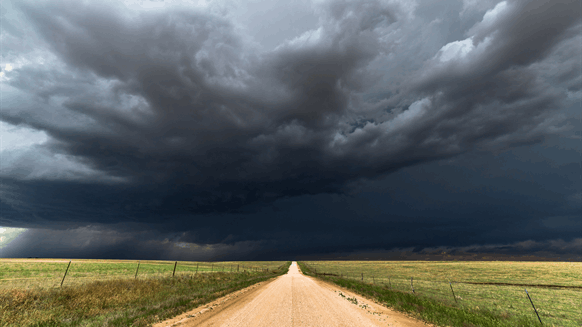 Crude traded near $75 a barrel as storm Michael in the US strengthened and shut some oil output.

(Bloomberg) -- Crude traded near $75 a barrel as storm Michael in the U.S. strengthened and shut some oil output, while American inventories were predicted to have risen for a third week.

Futures in New York rose 0.7 percent after slipping 0.1 percent on Monday. Nationwide crude stockpiles as well as those at the key storage hub of Cushing, Oklahoma, gained last week, according to a survey of analysts and a Bloomberg forecast. Meanwhile, Michael -- currently a category 1 storm on the Saffir-Simpson scale -- is poised to head toward Florida after shutting about 19 percent of oil production in the Gulf of Mexico.

Crude has gained more than 20 percent this year as volatility surged on uncertainty over a potential supply crunch. U.S. sanctions on Iranian oil exports are set to be implemented next month, while other producing nations such as Venezuela and Libya saw disruptions to output and America struggled with a pipeline bottleneck. Meanwhile, tensions flared between the world’s top two economies as U.S. Secretary of State Michael Pompeo cited “fundamental disagreement” with his Chinese counterpart in a testy exchange in Beijing.

Disruptions to oil supply as well as “the hurricane will provide a near-term fillip to crude prices, but the other and more worrying thing is the American inventory build-up, especially in Cushing,” said Stephen Innes, Singapore-based head of Asia Pacific trading at Oanda Corp. “While the market wasn’t overly sensitive to the increase last week, this week could be different given the supply concerns back in the fore.”

West Texas Intermediate for November delivery was 54 cents higher at $74.83 a barrel on the New York Mercantile Exchange at 2:45 p.m. in Singapore. The contract lost 5 cents to $74.29 a barrel on Monday. Total volume traded was about 15 percent above the 100-day average.

Brent for December settlement added 63 cents at $84.54 on the London-based ICE Futures Europe exchange. The global benchmark crude traded at a $9.83 premium to WTI for the same month.

Fast-moving storm Michael is poised to slam the Florida panhandle as a hurricane, the second to make landfall in the U.S. in a month. The impact is already being seen in the energy sector, after operators evacuated 10 platforms, moved five rigs out of the storm’s path and shut in 19 percent of oil and 11 percent of natural gas production in the Gulf of Mexico, according to the Interior Department.

Meanwhile, American crude inventories probably rose by 2.8 million barrels last week, according to a Bloomberg survey of analysts. If confirmed by government data Thursday, that would be the third consecutive weekly gain. Stockpiles in Cushing, Oklahoma, also increased by 800,000 barrels in the same period, according to a forecast compiled by Bloomberg.