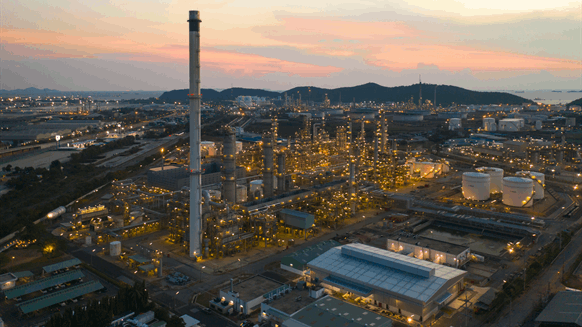 It's another sign that demand is coming back in the world's biggest crude-importing region.

Asian buyers are snapping up distressed cargoes of oil from Africa to the Middle East in another sign that demand is coming back in the world’s biggest crude-importing region.

Indian, Chinese and South Korean refiners have been purchasing the so-called distressed shipments, or crude that’s set to load in around a month or less, according to traders and refinery executives. Some of the oil was already being stored at sea near Singapore, while other cargoes were purchased just days before they were scheduled to load in June, they said.

Indian Oil Corp., the country’s biggest refiner, has been perhaps the most aggressive buyer of prompt cargoes, releasing a slew of tenders for African, Middle Eastern and U.S. crude. While IOC is ramping up fuel output to meet rising domestic consumption, other Asian processors are seeking to make up for steep allocation cuts by OPEC+ producers such as Saudi Arabia and Iraq, the traders and refiners said.

The return of prompt demand is occurring as lockdown restrictions around the region are eased and as consumption of some oil products recovers. It’s helping to chip away at the overhang of unsold crude that was built up during the unprecedented supply-demand shock earlier in the year and may provide more support to the rally in oil prices that’s been underway since late April.

Meanwhile, oil’s market structure has made the case for hoarding crude less appealing than it was a few weeks ago. Brent’s six-month timespread was at a contango of almost $13 a barrel in late March, meaning prompt cargoes were that much cheaper than later-dated ones, encouraging traders to lock in the spread for a profitable storage play. However, that gap has since shrunk to about $3.10 a barrel at 10:30 a.m. London time.