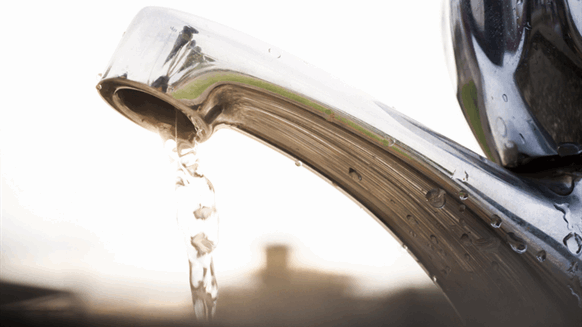 Oil buyers in Asia are increasingly wary that Iraq's entanglement in the worsening dispute between the U.S. and Iran could disrupt shipments from one of their key Middle East suppliers.

(Bloomberg) -- Oil buyers in Asia are increasingly wary that Iraq’s entanglement in the worsening dispute between the U.S. and Iran could disrupt shipments from one of their key Middle East suppliers.

At least five buyers from China to India said the loss of Iraqi barrels would be particularly challenging because of already-tight supplies of the quality of oil exported by OPEC’s second-biggest producer, according to people familiar, who asked not to be identified as they’re not authorized to speak to the media.

While there’s been no material threat to Iraq’s oil production, U.S. President Donald Trump late Sunday threatened heavy sanctions against the country if it followed through on a vote by parliament to expel foreign forces from its territory. Trade measures against Iran have already reduced shipments from the Islamic Republic to a trickle.

Iraq has boosted output about 50% over the past five years and has been among the most reliable Middle East suppliers to Asia, but it’s been drawn into the escalating dispute after Iran’s top commander was killed on its soil near Baghdad’s international airport on Friday. Iraq’s parliament denounced the drone strike as a violation of its sovereignty.

Iraq’s flagship Basrah Light is a medium-sour crude, a grade that’s particularly sought after by Asian refineries and in relatively short supply because of U.S. sanctions on Iran and falling Mexican production. Basrah Heavy crude is a lower-quality type oil that’s also in demand because of restrictions on alternative producer Venezuela.

“China has been relying on Iraqi supply quite heavily, with the country among the top three suppliers over the past few months,” said Li Li, a Shanghai-based analyst at commodities researcher ICIS-China.

Iraq exported 3.82 million barrels a day of crude last month, with China, India, South Korea and Japan among its top customers, according to ship-tracking data compiled by Bloomberg. The Asian buyers surveyed by Bloomberg said they can’t completely shift away from Iraqi crude because it forms part of their baseload volumes.

Oil prices jumped more than 5% after the American airstrikes last week on fears that a wider conflict could disrupt supply from the world’s most important producing region. As it stands, Asian refiners are already paying up for medium and heavy-sour crude varieties due to their scarcity. Saudi’s Arab Medium, for example, was most recently priced at its second-highest differential to its benchmark in 20 years.

As Washington and Tehran traded increasingly hostile rhetoric, the U.S. State Department warned of a “heightened risk” of missile attacks near military bases and energy facilities in Saudi Arabia. Chevron Corp. has this week pulled its expatriate employees and contractors from Iraq’s Kurdistan region “as a precautionary measure.”

“Crude from Iraq and Saudi Arabia are very crucial for Indian refiners,” said R. Ramachandran, director of refineries at India’s state-owned processor Bharat Petroleum Corp Ltd. There are still alternative sources such as the Mediterranean Sea, Russia and the U.S., which is best positioned to make up for any Middle Eastern volume shortfall, he said.

India imported almost a quarter of its oil through Iraq from January to November 2019, buying 17% more from the nation than Saudi Arabia, according to data from the commerce and industry ministry.

In November, China imported 5.8 million tons of crude from Iraq, its third largest supplier after Saudi Arabia and Russia, according to customs data. The Asian nation bought 547,758 tons of crude from Iran -- a third of the average in the first-half of 2019 -- and bought no oil from Venezuela.

Brent crude hit $70 a barrel on Monday, the highest level since attacks on Saudi oil installations in September that crimped global supply by about 5%. Unlike three months ago, the hostilities between the U.S. and Iran are yet to yield any actual impact on supply, and buyers in Asia are keeping a watching brief.

“It is more of the posturing right now, unlike last time when the Saudi Arabian oil installations were struck,” said Mukesh Kumar Surana, chairman of Hindustan Petroleum Corp Ltd. “If there are no retaliations, then this is a momentary phase and it will cool off.”

--With assistance from Debjit Chakraborty, Saket Sundria and Javier Blas.