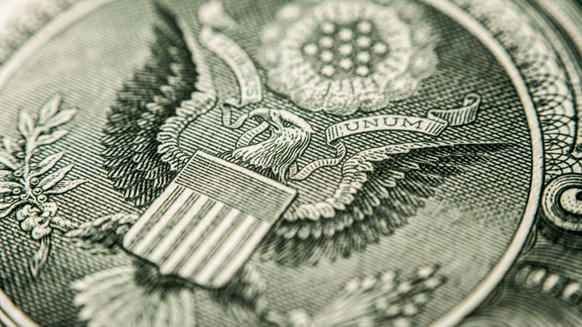 Oil pared its decline from a three-month high as investors turned their attention back to improving demand and easing supply after the market was momentarily roiled by U.S.-China trade confusion.

(Bloomberg) -- Oil pared its decline from a three-month high as investors turned their attention back to improving demand and easing supply after the market was momentarily roiled by U.S.-China trade confusion.

Futures in New York recovered most of its earlier losses after President Donald Trump said the trade deal with Beijing was “fully intact” following remarks from Trade Adviser Peter Navarro that were interpreted as an end to the pact. He quickly clarified his comments. Oil has rallied in recent days above $40 a barrel as some U.S. states moved forward with the phased reopening of their economies, while physical crude prices are climbing due to cuts by Russia.

However, a Bloomberg survey is predicting U.S. stockpiles rose by 2 million barrels last week, a sign that the recovery is likely to be uneven. If confirmed by government data Wednesday, it would be a third weekly gain.

Oil has rebounded since plunging below zero in April and is now trading at levels last seen before Russia and Saudi Arabia engaged in a damaging, although short-lived, price war. The kingdom’s Energy Minister Prince Abdulaziz bin Salman said last week that OPEC+ is on track to rebalance the market, and some of the world’s largest traders are seeing a rapid recovery in demand.

“The OPEC+ supply cuts have done their work,” said Howie Lee, an economist at Oversea Chinese Banking Corp. “The upward momentum remains strong going into the end of quarter, it does seem that the market will see a supply deficit by the fourth quarter.”

The pandemic has been a constant source of tension between Washington and Beijing since the two countries agreed on their phase-one trade deal. In the latest developments, the U.S. imposed constraints on four more Chinese media companies, while the Asian nation blocked poultry imports from a Tyson Foods Inc. plant where hundreds of people tested positive for the virus.

However, Delta Air Lines is resuming flights to China, and New Jersey Governor Phil Murphy said that Atlantic City casinos and indoor dining will reopen statewide on July 2. The U.K. reported fewer than 1,000 new cases for the first time since its lockdown was declared March 23.

Meanwhile, derivatives contracts for Russia’s Urals grade soared to a premium of more than $2 a barrel to the Dated Brent benchmark last week, compared with a discount of about $4.50 during oil’s plunge in April. That’s the strongest level since at least 2015, according to brokers and ICE Futures Europe data.