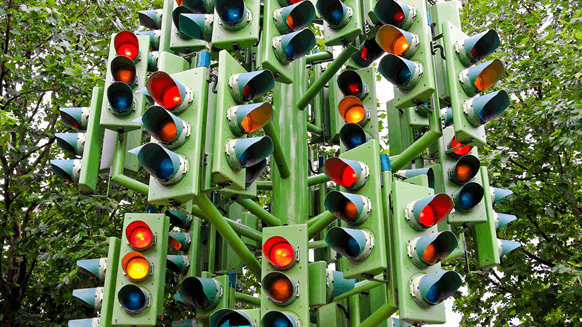 More than $1B a day. That's how much value a Permian pipeline crunch wiped out from the explorers most focused on the booming shale region in two weeks.

(Bloomberg) -- More than $1 billion a day. That’s how much value a Permian Basin pipeline crunch wiped out from the explorers most focused on the booming U.S. shale region in two weeks.

Eight of the Permian’s so-called pure-play drillers lost $15.6 billion in combined market value in the 15 days through Tuesday, as shipping constraints devour the profit they can fetch for a barrel of crude. Parsley Energy Inc. shares wilted 16 percent in that time; Diamondback Energy Inc. has been defanged, down 18 percent.

As oil prices slumped over that span, their losses were far worse than declines for other producers -- including more diversified shale drillers Occidental Petroleum Corp. and EOG Resources Inc., majors like Exxon Mobil Corp. and Chevron Corp., as well as the S&P 500 energy index. They pared those losses a bit on Thursday, along with other energy stocks, as oil rebounded.

Even as production soars in the Permian, dwindling pipeline space and a rail and trucking shortage have raised shipping costs, boosting the discount producers in the region take to offload their oil. The bottleneck benefits refiners who can buy cheaper crude and pipeline owners with extra space, but it’s dragging down explorers.

“You just don’t want to touch these Permian names," said Gabriele Sorbara, a Williams Capital Group analyst in New York. "They are falling off a cliff."

Relief may not come until 2020, when new pipelines are expected to be up and running. For now, here’s a rundown of winners and losers amid the space crunch:

Being a pure-play Permian stalwart is no longer the ticket to success for energy equities.

The price of benchmark West Texas Intermediate crude fell about 10 percent in about two weeks before a slight rebound Thursday, and companies focused primarily on the Permian have been shunned. The hardest fall: Concho, which had lost $4.1 billion off its market capitalization as of Tuesday.

As of Wednesday, oil in Midland, Texas, was trading for about $19 a barrel below Brent crude, the global benchmark price.

Even Pioneer, with relatively strong finances and secure pipeline contracts, has been swept up, Williams Capital’s Sorbara said by telephone. It lost $3.2 billion in market value, or 9 percent, in the 15 days through Tuesday.

While the shortages are real, Sorbara deems much of the market selloff “overblown," since even discounted Permian crude is selling for well above where many producers set their budgets earlier this year.

Investors, though, are fleeing to the relative safety of larger names with more diverse portfolios such as Occidental, whose shares are flat over the past couple weeks. The Permian’s biggest oil producer by acreage also pumps in the Middle East and Colombia, with roughly 40 percent of its output this year based on higher international crude pricing, Capital One Securities said in an analyst note.

The company also operates pipelines and a Gulf Coast export terminal that will benefit from cheaper U.S. crude prices. “The largest companies or companies with diverse portfolios can rotate capital around,” Sorbara said. “If you’re a pure play, the only thing you can do is step on the brakes.”