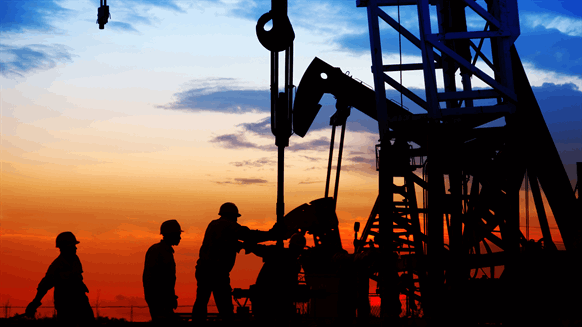 After two years of declining prices and reduced employment, the oil and gas industry in Texas and across the nation appears to be making a comeback.

After two years of declining prices and reduced employment, the oil and gas industry in Texas and across the nation appears to be making a comeback.

A recent report by Morgan Stanley stated: “The exploration and production (E&P) outlook is attractive.”

“Energy sentiment has improved from two months ago, as the oil supply and demand balance has tightened and revisions turn positive,” the report continued

“OPEC remains committed to production cuts, with steadily improving (and high) compliance. Simultaneously, global oil demand growth continues to surprise to the upside, and is on trend to continue to significantly exceed the historical average into 2018,” the report stated.

“Investor interest has increased, though many remain unconvinced about the sustainability of the current rally. We believe that fundamentals appear to be the strongest they have been since the start of the downturn and, in our view, capable of underpinning some increase in long-term oil price expectations,” the report stated.

Adding to the optimism is the monthly report of the Texas Petro Index, which shows another month of recovery.

Upstream oil and gas activity in Texas increased into the 10th straight month, according to the Texas Petro Index, which rose to 181.4, 21.4 percent higher than last year.

“Crude oil prices in Texas have been the essence of stability for more than a year,” said Karr Ingham, the economist who created the TPI and updates it monthly, noting that average monthly oil prices in Texas have increased slowly but steadily since dipping to a low of $27.08/bbl in February 2016. “Demand is beginning to show signs of recovery and foreign oil suppliers led by OPEC appear to be committed to maintaining announced production cuts.”

“Spurred by the little uptick in prices, Texas producers this year through September have recovered nearly 10.8 million barrels more oil than in the first nine months of 2016,” Ingham said. “It is uncertain how long the current pricing environment will continue and where we’ll go from here. But the momentum of the TPI indicates Texas producers will recovery a record volume of crude oil during 2018.”

The Baker Hughes count of active drilling rigs in Texas averaged 453 units, 85.7 percent more units than in September 2016 when an average of 244 rigs were working. Drilling activity in Texas peaked in September 2008 at a monthly average of 946 rigs before falling to a trough of 329 in June 2009. In the economic expansion that began in December 2009, the statewide average monthly rig count peaked at 932 in May 2012 and June 2012. The number of original drilling permits issued was 903, 21 percent more than the 746 permits issued in September 2016.

Alex Mills is the former President of the Texas Alliance of Energy Producers. The opinions expressed are solely of the author.

EDITOR’S NOTE: In preparation for my retirement on Dec. 31, the Board of Directors of the Texas Alliance of Energy Producers elected Mr. John Tintera as the new President and chief of staff. Therefore, I have made a change in the disclaimer at the bottom of my column to note that I am the former President. I can be reached at this email address until 2018 if you need to communicate with me. Thanks for your interest in energy issues, especially oil and gas. If you wish to discontinue receiving this column, please let me know.