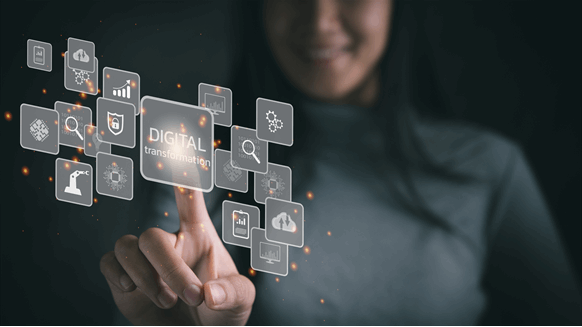 The need to ensure worker safety while keeping sites running has fueled investments in digital technology this year, even as companies slash spending in other areas.

(Bloomberg) -- The coronavirus crisis had a devastating effect on oil-company revenues, but it’s posed a tough human-resources problem too: how to keep workers safe on cramped rigs at sea where social-distancing is impossible.

Many operators have found an answer in technology -- specifically, digital twins. These interactive 3D simulations of oil platforms and plants allow engineers to avoid toiling for weeks in the sweaty, close confines of a wind-battered rig, instead gaining virtual access from home.

Digital twins aren’t a new idea, but advances in computing -- and widespread coronavirus restrictions -- have helped them go mainstream in the oil industry, where the pandemic has swept through teams of engineers working elbow-to-elbow offshore.

“Covid-19 has been a catalyst for this type of digital innovation,” said Mitch Flegg, chief executive officer of Serica Energy Plc, which is using the system at one of its North Sea fields. “The demands of operating with social-distancing measures have made the value of digital surveys even more apparent.”

The North Sea has seen multiple cases of coronavirus among rig workers. More widely publicized was the disastrous outbreak at Mexico’s state-owned producer, Petroleos Mexicanos. Pemex data show its platform workers are 10 times more likely to die from the virus than the average Mexican citizen.

The need to ensure worker safety while keeping sites running has fueled investments in digital technology this year, even as companies slash spending in other areas.

“We saw the vast majority of our customers cutting operating expenditure, but not cutting budgets in digitalization,” said Paula Doyle, senior vice president of sales and marketing at Cognite AS, a provider of digital-twin systems. Cognite signed a large contract just a week after lockdowns were enforced in Europe in March, as the value of remote working became clear, she said.

At Serica, engineers have recently surveyed 4,000 different areas of the North Sea’s Bruce field with 3D laser scanning. A planned full digital survey of the Bruce platform will allow the company to stop flying specialists in and out so frequently, since a lot of work can be done onshore through visualizations.

Digital 3D models will help Serica’s onshore team -- which currently make do with 2D drawings -- direct the offshore crew, according to Flegg.

It’s not just the North Sea where the technology has boomed. Cognite said it’s seen an uptake in digital twins from the U.S. Gulf of Mexico to New Zealand.

With today’s technology, engineers can walk virtually through a site hundreds of miles away. It enables them to model scenarios quickly, preventing outages by identifying potential faults and helping them plan the installation or removal of heavy equipment, according to Yuri Sebregts, chief technology officer at Royal Dutch Shell Plc. Visualization tools also allow Shell to train staff in a realistic setting before they’re sent out to remote facilities.

“This is now, with Covid of course, much more urgent than it ever was,” Sebregts said. Engineers are able to prepare maintenance virtually, visualizing the best access points and locations for equipment. “That saves an awful lot of time in the field,” he said.

To create a digital twin of an oil platform, you need a lot of data, charted over time. Information from various sources is combined to form a complete picture: who built a particular pump? Has it ever failed? What are its limitations? How is it connected to the rest of the system?

“It’s the data about the data that makes the raw time-series data come to life and have meaning,” said Andy Bane, CEO of technology provider Element Analytics.

Beyond digital twins, oil companies are expanding the use of technologies such as helmet-mounted cameras with augmented reality, which allow offshore workers to be guided remotely by onshore specialists. Deployment of such equipment is “exponentially up” amid the pandemic, Sebregts said.

Since rigs and refineries are hugely complex operations, digital technologies have their limits. It takes time, money and the right people to create detailed visualizations, and these won’t be needed for every project. Digitizing tasks can also, in some cases, spark concern among the workforce. Just this month, oil workers in Norway staged a strike, claiming that the relocation of some offshore jobs to onshore sites put their collective bargaining agreement at risk.

But for the most part, the effect of the virus crisis has been to increase the acceptance of digitization across the industry.

Shell expects to use some sort of digital-twin technology throughout its business over time, according to Sebregts. In some cases, it might be used for a single piece of equipment; at new assets with a long lifespan ahead of them, it may make sense to have a full roll-out of the system.

“What you see is not necessarily new ideas,” he said. “But the urgency is a lot higher and the users are much more open to quickly adopting this.”