Oil Anchored with Stockpiles and Virus in Focus 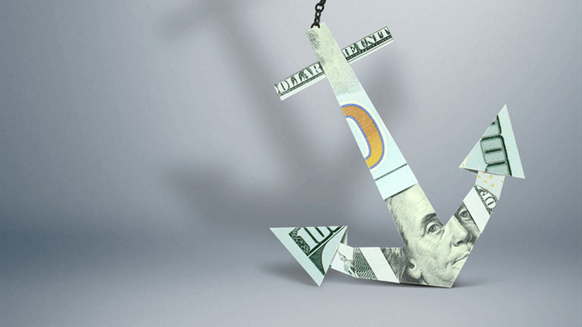 Oil was anchored near $40 a barrel after an industry report signaled another increase in U.S. crude stockpiles and as the spread of the coronavirus continued to cloud the prospects for an economic recovery.

(Bloomberg) -- Oil was anchored near $40 a barrel after an industry report signaled another increase in U.S. crude stockpiles, and as the spread of the coronavirus continued to cloud the prospects for an economic recovery.

Futures fluctuated in New York after settling at the highest level in more than three months on Monday. The American Petroleum Institute reported crude inventories climbed by 1.75 million barrels last week, according to people familiar, which would be a third weekly gain if confirmed by government data Wednesday. Meanwhile, Anthony Fauci, the top U.S. infectious-disease expert, told Congress he was seeing a “disturbing surge” in new cases.

The prompt timespread for London’s Brent crude flipped back to contango on Tuesday -- a market structure where future contracts are more expensive than immediate prices -- after three days in backwardation.

Oil has rallied since plummeting below zero in April as producers slashed crude output and regions across the world eased lockdown restrictions. Some of the world’s top traders say demand has rebounded rapidly and OPEC+ laggards are starting to fall in line with supply cuts, but the virus threat remains acute.

While the API indicated a gain in nationwide stockpiles, it reported supplies at Cushing, Oklahoma, the delivery-point for U.S. futures, fell by 325,000 barrels, and gasoline inventories slid by 3.86 million barrels. The Energy Information Administration is expected to report crude stockpiles expanded by 1.5 million barrels, according to a Bloomberg survey.

“The API data looks neutral to mildly supportive for the oil complex with the crude build being much smaller than in some of the recent weeks,” said Vandana Hari, founder of Vanda Insights. The surge in U.S. virus cases “has not prompted any major reversals in the reopening of the affected states so far, but worries on that account will likely cap further gains in crude,” she said.

Newly diagnosed virus cases and other indicators of the pandemic’s spread soared in hot spots across the U.S., driving city and state officials to consider slowing or reversing reopening plans. Infections are surging in Texas, Florida, Arizona and in California, which on Tuesday broke its record for new cases for the fourth day in the past week.

Meanwhile, oil prices will need to remain at $60 a barrel for a sustained period for U.S. output to rise and for investment to return to the American shale patch, former BP Plc Chief Executive Officer Bob Dudley, who is a member of Rosneft PJSC’s board, said on Tuesday. Almost a third of shale producers are technically insolvent with crude at $35, according to Deloitte LLP.