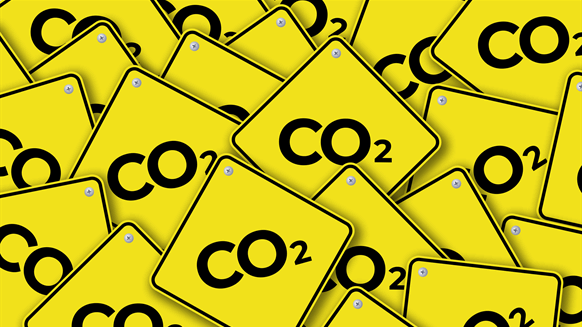 The license will cover an area in the Southern North Sea off the coast of Immingham in North East Lincolnshire.

The UK Oil and Gas Authority (OGA) has announced that it has awarded a carbon dioxide appraisal and storage license to Harbour Energy.

The license will cover an area in the Southern North Sea off the coast of Immingham in North East Lincolnshire, the OGA revealed, adding that Harbour’s proposal is to reuse the depleted Rotliegend gas fields, Viking and Victor, to store CO2 in deep geological formations around 9,000 feet below the seabed. The OGA highlighted that the plan includes the potential use of the Bunter Formation aquifer, which it says could offer additional options to increase the future storage capacity of the project.

The V Net Zero development concept plans to transport CO2 along a newly constructed pipeline from Immingham to Theddlethorpe and will use the existing LOGGS pipeline to transport the CO2 to the Viking Fields. First injection is targeted for the fourth quarter of 2026, with injection rates planned to rise to 11 million tons per annum (Mtpa) by 2030. The UK government’s 10 Point Plan ambition for CCUS  is to reach 10 Mtpa by 2030.

In a statement posted on its website, the OGA noted that the expectation is that the overall project, if it goes into operation, will show that carbon storage activity is ramping up in line with the expectations laid out in the Prime Minister’s Ten Point plan, and the Climate Change Committee’s Sixth Carbon Budget, and that the UK energy transition to net zero is gathering momentum.

“The OGA is very pleased to award this license for a project that should make a significant contribution towards the net zero target,” Andy Samuel, the OGA chief executive, said in an organization statement.

“The energy integration work that the OGA has been leading shows quite clearly that carbon storage, alongside hydrogen and renewables, can play a crucial part in tackling the climate emergency. We know that time is short and real action must be taken rapidly. We will work closely with Harbour to ensure that milestones on this project are met, as we do with other projects across the North Sea,” he added in the statement.

Phil Kirk, the Europe president and chief executive officer for Harbour Energy, said, “the OGA’s decision to grant Harbour Energy a carbon storage license is great news for the Humber and for the V Net Zero Humber Cluster”.

“It is an essential milestone which comes at an exciting time for the project as we seek to remove more than 50 percent of existing industrial emissions in the Humber region. The V Net Zero Humber Cluster will create and support an average of 6,000 construction jobs between 2024 and 2030 and safeguard over 20,000 regional jobs,” he added.

“We look forward to the results of BEIS’s cluster sequencing competition and stand ready to deliver the entirety of Government’s carbon sequestration target by 2030 through the deployment of the V Net Zero Humber Cluster,” Kirk went on to say.

The OGA is the licensing authority for offshore carbon dioxide storage in the UK, approving and issuing carbon dioxide storage and appraisal licenses, storage permits and maintaining the carbon storage public register. Since becoming an independent regulator, the OGA has awarded two carbon dioxide appraisal and storage licenses, not including Harbour Energy’s. The first was awarded in December 2018 to Pale Blue Dot Energy (Acorn) Ltd (PBD) for the Acorn Carbon Capture and Storage Project and the second was awarded in October last year to Eni UK Limited (Eni). Eni’s license covered an area located within the Liverpool Bay area of the East Irish Sea.

The OGA notes on its website that carbon capture and storage can play a key role in the UK economy achieving net zero and states that it could even lead to the UK offshore oil and gas sector becoming carbon negative. The organization has previously stated that it is fully committed to enabling the achievement of the UK government’s commitment to reach net zero emissions by 2050.