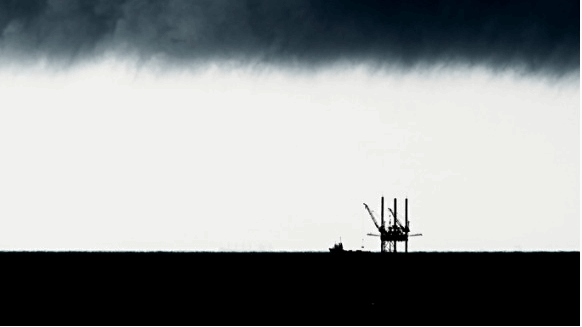 Offshore oil servicers are going bust at the fastest pace in three years.

(Bloomberg) -- Offshore oil servicers are going bust at the fastest pace in three years as explorers spurn high-cost drilling to deal with a worldwide slump in commodity prices.

The debacle, triggered by the pandemic-driven drop in oil prices, has already claimed some of the biggest companies that supply rigs, transportation and other support services to deep-water drillers. Noble Corp. and Diamond Offshore Drilling Inc. have filed for Chapter 11 since the start of the pandemic-driven oil downturn, while Valaris Plc has warned it may end up in bankruptcy “imminently.”

Firms including Transocean Ltd. -- the world’s the world’s biggest owner of deep-water oil rigs -- along with Seadrill Ltd. and Pacific Drilling SA are exploring strategic options as they seek to stave off default, leaving more than $30 billion of debt at risk. The industry’s turmoil has sparked the biggest wave of restructurings since 2017, when the effects of the last oil price downturn reverberated through the industry.

“Offshore drilling is structurally damaged, and recovery is not imminent,” Bernstein analyst Nicholas Green wrote Wednesday in a note to investors. “The March oil price crash may, ironically, help to drive an eventual turnaround, if it forces sector restructuring and clear out of the weakest names.”

The increase in bankruptcies exposes a simple supply and demand problem for an industry that leans on ships and helicopters to ferry equipment and crews to rigs in the middle of the ocean. Higher-cost offshore projects aren’t profitable with oil around $40 a barrel, leaving too many vessels chasing a dwindling pool of business. Unless the broader economic picture improves, more filings are likely to follow as producers sideline big offshore projects.

Offshore wells can have advantages: they produce relatively stable and predictable amounts of oil for years longer than onshore projects. But they require massive upfront costs that producers aren’t willing to take on in the midst of a bruising recession, according to S&P Global Ratings analyst Christine Besset, who grades the service companies.

“There is just too much capacity in the market versus the demand and the project pipeline,” Besset said. “It’s very likely that there will be more debt restructurings for those offshore drillers.”

Offshore companies are filing for Chapter 11 at higher rate this year in part because some of them escaped the last downturn that drew onshore peers into bankruptcy. At the time, many offshore service firms had long-term contracts for large projects that gave them a lifeline even as oil prices collapsed.

During the heady days of $100 oil, service companies could lease out a technologically advanced ship for $600,000 a day. The average day rate is now about $300,000, according to Evercore ISI. In some cases, explorers such as Exxon Mobil Corp. and Murphy Oil Corp. are renting drillships for less than $200,000 a day.

Producers have shifted to lower-cost shale production in recent years because of its faster timeline from drilling to steady oil production. That business can also more easily satisfy investors’ interest in companies that generate positive cash flow and have manageable debt loads, though oil prices have fallen so far this year that even some shale drillers like Chesapeake Energy Corp. and Whiting Petroleum Corp. have been forced to file for bankruptcy.

Transocean, the world’s biggest deepwater rig owner, has led the offshore industry in slimming down by scrapping more than 50 of its own rigs. But shrinking businesses still haven’t been enough to wipe out a massive glut of gear. After the industry hit its peak of 322 rigs drilling for oil in more than 400 feet of water in 2014, the number of vessels is down by about one-third this year to 221, according to Evercore ISI.

“They were already in bad shape and had too much debt for their cash generation ability,” Besset said. “Coronavirus just precipitated the inevitable issues.”

Paradoxically, more bankruptcies may be a positive for the industry overall, said Fredrik Stene, an analyst at Clarksons Platou Securities AS who follows offshore service companies. Filings allow companies to cut debt when they otherwise wouldn’t be able to. Many firms pledge assets to get access to credit, meaning that they can’t easily sell supplies to reduce their obligations outside of Chapter 11, he said.

“This is what the industry needs,” Stene said. “The state we’re in right now is not a state where the capital structure of many oil services companies will be sustainable.”

Hot credit markets have let firms in troubled industries like cruising and air travel borrow billions, but most offshore service companies won’t be able to refinance their debt without a trip to bankruptcy court because they can’t dangle the high interest rates and hefty collateral packages investors now demand to lend to risky companies, Stene said.

He expects that Chapter 11 filings will result in debt being converted to equity, with existing shareholders getting nothing. Cleaning up balance sheets will also set the offshore services industry up for much-needed consolidation, Stene said.

To be sure, Transocean is one company that may be able to avoid bankruptcy due to its backlog of planned projects, he said. In the meantime, the company is considering options to deal with its $9 billion debt load and is looking to exchange as much as $750 million of notes for longer-dated maturities.

But as long as oil stays around $40, the picture is unlikely to improve for most offshore service firms because companies that hire them aren’t going to be racing back into offshore, S&P’s Besset said.

“From the producer’s perspective, you really need some support in oil prices, or confidence that prices will not collapse when you’re looking at big projects,” she said. “Clearly we’re not there.”

To contact the editors responsible for this story:
Rick Green at rgreen18@bloomberg.net
Claire Boston, Adam Cataldo