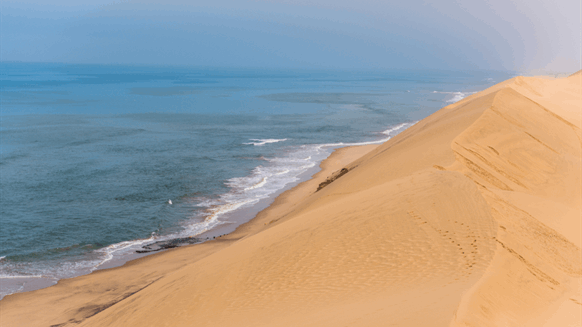 The Cormorant-1 well in the PEL-37 license found only "non-commercial hydrocarbons," London-based Tullow said Monday. While disappointing, the announcement was shrugged off by investors who hadn't pinned hopes on a discovery.

Tullow rose 2.7 percent to 253.5 pence at 10:35 a.m. in London as benchmark Brent crude traded at a four-year high. Analysts at SP Angel Corporate Finance LLP said the well data narrowed down the potential area for making a find.

"Given the extensive 3D seismic that exists, these results will be integrated with the existing data set, which should allow for further improvements," they said in a note.

Explorers have returned to Namibia with the rally in crude this year, hoping to revive prospects in the southern African nation that went quiet after at least 14 wells failed to find commercial oil deposits. Exxon Mobil Corp. bought stakes in Namibian fields in August, while Chariot Oil & Gas Ltd. has contracted the Ocean Rig Poseidon -- the same rig used by Tullow -- to drill a well this year.

"The Cormorant-1 frontier exploration well was a bold attempt to open a new oil play," Tullow's exploration director, Angus McCoss, said in a statement. "We will analyze the data gathered before deciding on any future activity."

To contact the reporter on this story: Paul Burkhardt in Johannesburg at pburkhardt@bloomberg.net

To contact the editors responsible for this story: James Herron at jherron9@bloomberg.net, Amanda Jordan, Helen Robertson