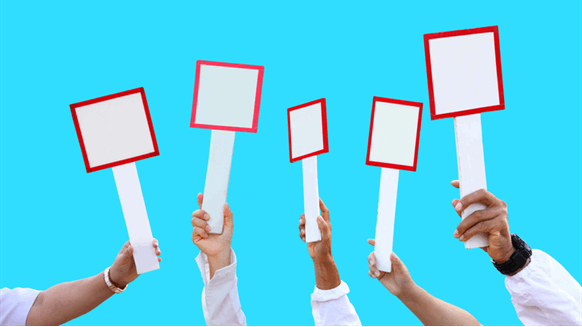 (Bloomberg) -- Occidental Petroleum Corp. is starting a bidding war for Anadarko Petroleum Corp., making a $38 billion counteroffer in attempt to break up the proposed takeover by Chevron Corp.

Occidental said Wednesday it’s offering $76 per share in cash and stock, a premium of about 20 percent over Chevron’s April 12 agreement to buy The Woodlands, Texas-based Anadarko. That compares with the $33 billion deal, or about $65 a share, agreement that Chevron announced two weeks ago.

In a letter to Anadarko’s board of directors, Occidental Chief Executive Officer Vicki Hollub said her company has made three bids since late March. Occidental said it has completed its due diligence on the deal and has financing lined up with Bank of America Merrill Lynch and Citigroup Inc.

Andarko’s assets include operations in the Permian Basin in West Texas and New Mexico. The world’s fast-growing oil major patch, the Permian has helped to turn the U.S. into a net exporter and become a bigger producer that Saudi Arabia. Chevron earlier this year unveiled ambitious growth plans for the basin. The deal was meant to boost Chevron into the upper leagues of oil companies, with output and sales approaching or beating Exxon Mobil Corp.’s.

Anadarko’s shares jumped as much as 18 percent to $70.15 in pre-market trading in New York while Occidental plunged as much as 8.1 percent. Occidental’s offer approaches its market capitalization, which is $46.6 billion.

Representatives for Chevron and Anadarko didn’t immediately respond to requests for comment.

The latest offer may not be as appealing as Chevron’s to Anadarko shareholders despite the higher price. Occidental’s smaller size and balance sheet to Chevron mean there may be more uncertainty over its prospects of completing a deal. And it’s not immediately obvious how Occidental would fund Anadarko’s giant liquefied natural gas plant that’s being developed in Mozambique. The project may have to be sold, adding another layer of uncertainty.