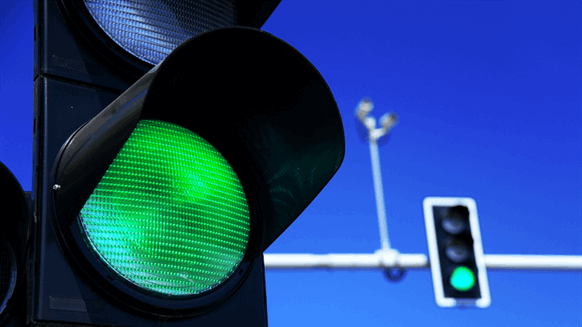 Parties from the centre-right government and the main opposition Labour Party joined forces to ensure a 91-10 majority vote for the field development.

The opposition Socialist Left Party, which says the field would contribute too much to global warming and threaten the environment, was the main opponent.

Johan Castberg, which is expected to start in 2022, would become the second producing oilfield in the Norwegian sector of the Barents Sea after Eni's Goliat field, which started in 2016.

Equinor, which changed its name from Statoil last month to become a broader-based energy firm spanning everything from oil to wind, has dropped plans to build an onshore oil terminal to handle exports from the 558 million barrel field, to cut costs.

Parliament nevertheless asked the government to look into the option and report back by the end of 2018.

Norway's largest union of oil workers, Idustri Energi, has welcomed parliament's push for the terminal, saying it could create more jobs in the country's Arctic region.

Apart from Equinor, Eni and Norway's state-owned Petoro have stakes in Johan Castberg.

The costs of developing Johan Castberg have been reduced from about 100 billion crowns in an original 2013 plan, meaning that production could be profitable at an oil price of $31 a barrel rather than over $80 a barrel.

Sweden's Lundin and Austria's OMV are looking at the possibility of developing the Alta/Gohta and Wisting discoveries in the Barents Sea.

The Norwegian Petroleum Directorate (NPD) estimates the Barents Sea holds more than half of yet-to-be discovered oil and gas resources on the Norwegian continental shelf.

Six oil companies plan to drill about 10 exploration wells in the Barents Sea off Norway this year.

Asbjorn Osland  |  June 27, 2018
My concern is how methane hydrate will be handled. It can release large amounts of methane into the atmosphere.
RELATED COMPANIES
Company: ENI more info
Company: Petoro more info