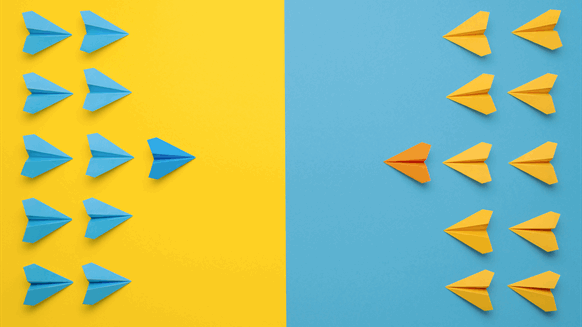 With a month to go before elections in Norway, the UN's landmark climate report is fueling debate on oil policy.

(Bloomberg) -- With a month to go before elections in Norway, the UN’s landmark climate report is fueling debate on oil policy, with parties preparing for a political showdown that could upend the nation’s most important industry.

Oil and gas exploration in Norway, western Europe’s largest producer, has long been a divisive topic, but increasing alarm over rising temperatures has made it a crucial issue in the run-up to the Sept. 13 polls. While the opposition Labor Party, an advocate of the fossil-fuel industry, is on course to win, it’ll likely need to join forces with one of the smaller parties that are calling for change.

This week’s report from the world’s top climate scientists sounded “the death knell for fossil fuels,” said Lars Haltbrekken, a member of parliament for the Socialist Left Party, one of the main contenders to form a new ruling coalition. Radical change in national oil policy is a “realistic” prospect, he said Tuesday.

Norway has amassed a $1.4 trillion sovereign wealth fund based on its output of oil and gas, but the industry’s future has been the subject of increasingly intense debate. While the biggest parties -- the ruling Conservatives and the opposition Labor -- are keen to award more exploration acreage, smaller parties on both the left and right are demanding a halt to new licenses.

“We need to stop exploration for more oil and gas,” Haltbrekken said. Norway should also reach out to other producing nations to forge agreements on reducing petroleum output, he said.

The Liberal Party -- in the current ruling coalition with the Conservatives -- has urged an end to exploration, while the Greens are also demanding the country stop looking for more oil and gas. In a statement this week, the Greens said party membership rose by a record the day the UN report was published.

In their assessment, scientists from the Intergovernmental Panel on Climate Change gave a sobering account of the global threat from rising temperatures, with UN Secretary-General Antonio Guterres calling for an end to fossil fuels.

But in Norway, where the oil and gas sector employs about 200,000 people, the Conservatives insist there’s a need to continue pumping oil and gas to satisfy demand, dismissing calls to alter energy policy right now. The Center Party and the Progress Party also back the industry.

“We will not wind up the Norwegian oil and gas industry, but we will continue the work on reducing emissions from production and creating the new green industries for the future,” said Conservative Tony Christian Tiller, state secretary in the Petroleum and Energy Ministry.

The IPCC report “emphasizes the seriousness of the situation” and “we are prepared for a future with much less consumption of coal, oil and gas,” Tiller said. Nevertheless, “there will also be a need for oil and gas for many years to come, and the Norwegian continental shelf has a place in this market as long as there is demand.”